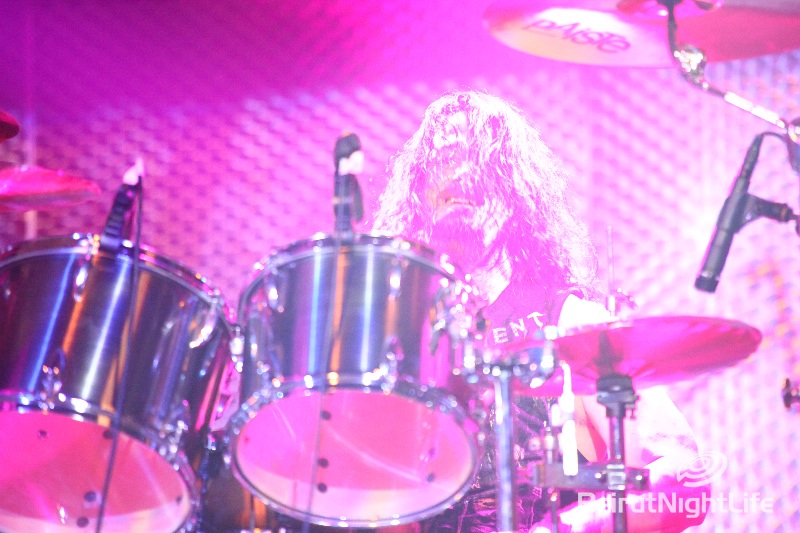 Tantra Kaslik was flooded with metalheads from all over Lebanon as well as other neighbor countries, all attending to watch the all star band Hail! with supporting Lebanese act Blood Ink. I have merely two remarks here, the first being that the place was overly packed, more than it can handle, which pissed off those who waited more than an hour to get inside, almost getting squashed by hundreds of other fans. Due to that problem, there event started at 11:00 PM (Open Gates were at 7:00 PM, people were allowed to enter at 8:30-9:00 PM!) and ended approximately 1:30 AM.
Aside from those two ‘organizing’ issues, the show was satisfactory music-wise as the sound/light system were well set-up and handled and the headlining band Hail! pleased the crowd with their set of classic heavy metal/thrash metal songs, ranging from Slayer’s South of Heaven, Accept’s “Balls to the Walls, Sepultura’s “Territory”, Motorhead’s “Ace of Spades” and many more! Though Blood Ink played their set of originals and other songs for Pantera, Lamb of God and Metallica, the band was overshadowed by Hail! as soon as they got on stage and played their 90 minutes show.
Everything looked alright from the VIP section as Bostaph was literally feets away, pounding at his drum set, Kisser with his Sepultura-ish attitude banging all over the stage, Ellefson with his crowd friendly interaction and enthusiasm, and Owens with his flawless vocal performance and energy. Hail! gave everyone their money’s worth, from the old school heavy metal fans, to thrash fans and rock fans (fun ACDC medley). Fans in front of the stage were a bit maltreated by the security, but that’s again due to the over-packing of the venue which I mentioned earlier. Waiting to see that DVD!