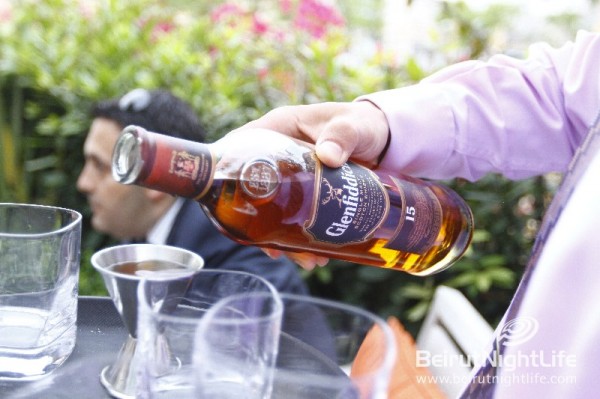 The renowned Glenfiddich Whisky launched its unique limited edition “Snow Phoenix” bottle at the luxurious and trendy Le Gray Hotel in Downtown Beirut. The event took place on Friday the 20th at the hotel’s cigar lounge where many key people in the industry as well as media representatives were present.

In January 2010, during a very cold winter, some of Glenfiddich’s warehouse roofs reached their snow load-bearing limits and collapsed on the spirit-filled casks underneath. These casks were exposed to sub-zero temperatures as they rested in the snow while many worked to relocate them to a warmer place. Malt Master Brian Kinsman decided to create a special edition bottle in memory of what happened, including a variety of whisky ranging from 12 to 30 years old, non-chill filtered at a slightly higher proof, and giving it its myth-inspired name: Snow Phoenix. The bottle was later on released in later 2010.

As for the taste; an inviting nose is followed by a strong, vibrant swell on the palate. All the fruity and spicy heat makes the Snow Phoenix a great choice for a winter afternoon or evening.

◄ 1 2 3 ►
A great, inviting nose leads to a powerful, vibrant swell on the palate…a really expert vatting of a wide range of ages. At around $85, this is a pretty satisfying dram, all that fruit and spicey heat making it perfect for a Winter’s afternoon.