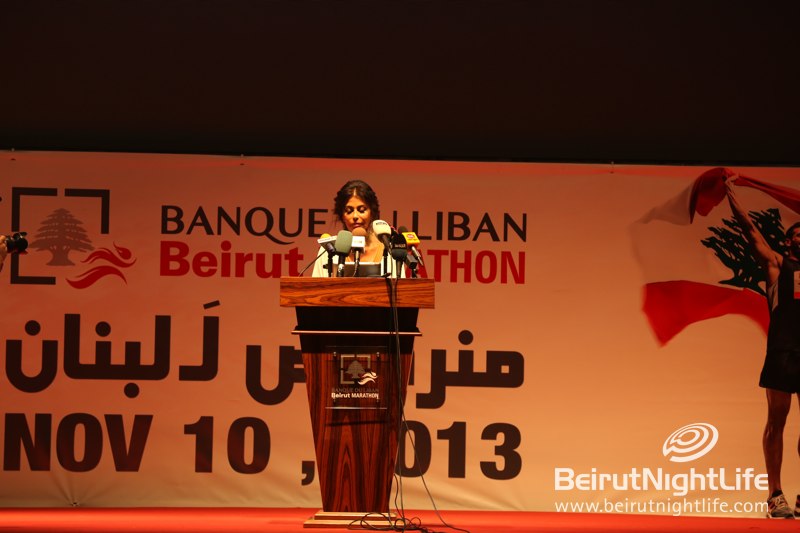 The launching event was attended by Lebanese Minister of media Walid El Daouk, by Dr. Faysal Alameddine representing the Lebanese minister of youth and sport Omar Karameh, in addition to representatives from the Lebanese Army commander, the president of the Beirut municipal council Mr. Bilal Hamad, the CEO of Middle East Airlines Mr. Mohammad El Hout and representatives of the diplomatic corps, the financial sector, different Lebanese municipalities, the Lebanese Olympic committee, sports clubs, NGO’s, the Lebanese Red Cross, the Beirut firefighters, chambers of commerce, celebrities and several media channels.  Mr. Riad Salameh, governor of the Banque du Liban was also present along with members of the bank’s executive board, as well as Mrs. May El Khalil, president of the Beirut Marathon Association with a number of members of the association’s board of trustees and executive board.

Mr. Hassan Muhieddine, Beirut Marathon Association’s media consultant, welcomed all attendees and in his opening words stated that when nations face danger, it is up to the citizens to band together, and this can be done through sports.

Mr. Riad Salameh, Banque du Liban Governor, then spoke about the event and its importance as a way of showing consensus about peace in the country saying that “Lebanon has gone through a lot, and it is time to move from darkness to the light and to move from being the country of missed opportunities.”  Mr. Salameh continued that sport is at the center of this event, sport with all of its inherent positive values, and that the partnership with the Beirut Marathon Association was a sponsorship for an event that enforces trust in the country, and that is a way to attract athletes from all over the world to run the streets of Beirut, which he described as “A beautiful city that is pulsating with life”.  Mr. Salameh stated that this partnership with the Beirut Marathon Association falls under the Banque du Liban’s strategy to become involved in projects that have a positive impact on Lebanese society, and he called for all financial institutions to play a strong role in corporate social responsibility. 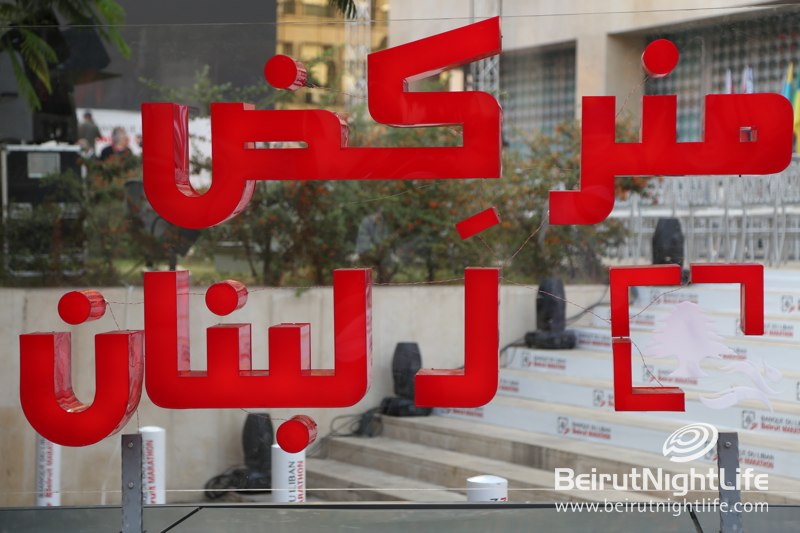 The central bank’s governor then went on to talk about the financial state of the nation, saying that the Lebanese currency was stable and that the banking sector was healthy despite all the challenges and the difficult regional situation.  He reassured that there will be no negative effects on the Lebanese banking sector from the Syrian, Egyptian, of Cypriot crisis.

Mrs. May El Khalil President of the Beirut Marathon Association then gave a moving speech that included lyrics from Lebanese songs, stating that the Lebanese had a very special bond with their country, in that they write songs and poetry for it in abundance, they harbor great pride in their heritage and their history, they have a real love affair with this country, and at times of trouble, they run for it.

Mrs. El Khalil said that “even during the darkest of hours, Lebanon’s sons and daughters never gave up on their mother country, as it is the keeper of their memories and dreams, and the future of their children… Many people ask us why we are so attached to this country with all its problems, and we answer it is because we have faith in all that is beautiful and good about it, and the love of this country is one of the things that unites all of us.”

“Run for Lebanon is this year’s Banque du Liban Beirut Marathon campaign slogan” said Mrs. El Khalil, “because Lebanon needs all of its people to come together and run for its cause in times of crisis.  What and who could be more worthy to run for? Let’s run for making Lebanon a country of peace, beauty, civilization, and harmonious living”.

Mrs. El Khalil said that at the Beirut Marathon Association we are insistent on running for peace, and on organizing a national event that unites everyone, just as it has over the past years. She also thanked this year’s title sponsor, the Banque du Liban, represented by its governor Mr. Riad Salameh saying that “this new partnership is a source of great price for the Beirut Marathon Association, and a testament to the trust in our abilities to organize a unifying national sporting event that attracts local, national, and international elite runners.”

Mrs. El Khalil concluded by stating that “we will keep carrying our flag proudly today and tomorrow, and on Sunday November 10, 2013 we will all come together to run on our beloved land.”

The Launching ceremony also included a showing of a sand art film about Lebanon and the Beirut Marathon executed by Ukrainian artist Kissinia Simonova narrated by Lebanese actor Rafic Ali Ahmad, as well as some traditional Lebanese dancing, lighting of candles for peace, and other activities.

The TVC for the campaign was also shown to the attendees and presented by Miss Safa Salem, the marketing director at the Beirut Marathon Association, who thanked the team responsible for the creation and execution of this project.

All attendees received commemorative gifts with a patriotic and sport spirit.