Bernard Khoury Speaks About Dreams and Vision at AGBU 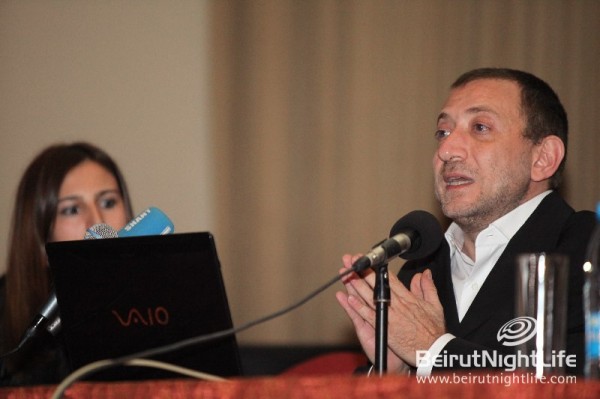 The world renowned Lebanese Architect Bernard Khoury, who has made a name for himself by constantly pushing the envelope in creating unconventional, original, and provocative architectural structures in Lebanon and worldwide, was the guest speaker at a conference at the AGBU university. He spoke about his career, his education, his travels, and his realized projects. He spoke about how he had around 100 realized projects out of 10,000 potential plans and emphasized on never giving up on your vision no matter what. He proudly and elaborately spoke about BO 18, one of his star projects and how proud he is of this accomplishment. He also spoke about Centrale, another one of his realized projects in Lebanon.

Lebanon is proud to have such a magnificent mind like Bernard Khoury. His vision and accomplishments prove to every other Lebanese that when you have the right dream and the right talent, nothing can stop you from achieving your goals.