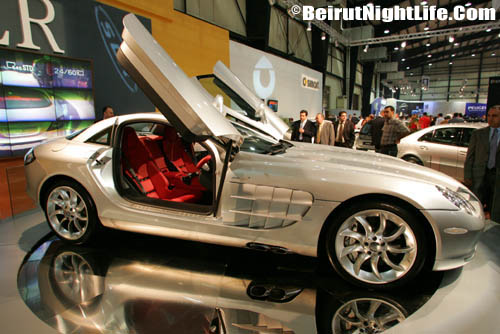 Beirut International Exhibition and Leisure Center (BIEL) hosted the Lebanon Motor Show 2004 from November 12 till the 22nd, an event that takes place in Beirut every other year to exhibit the latest in worldwide car manufacturing.

This year’s automotive exhibition is the biggest so far in Lebanon; it lies on an area of no less than 25,000 square meters, covering more than 54 brand names with over 400 new vehicles on display.

In 2002, the Lebanon Motor Show attracted around 120,000 visitors. The visitors turnout this year was expected to exceed some 130,000, according to the organizers of the event.

The banks and the vehicle importers confirmed the importance of such a show, and the positive results that they have both achieved.

The initial sale figure exceeded the US$ 50 million threshold and more than 300 vehicles were sold. The competition between the Japanese and European cars was fierce.