Downtown had more than one reason to celebrate this year. It was tremendously a successful year for Beirut City on many levels, more so the downtown district.

The inauguration of Beirut Souks, the pinnacle of all things luxurious and fashionable attracted the attention of the world in 2010. The Souks old buildings joined the festive season with small trees decorating the open windows. A breathtaking view for every Lebanese, every tourist who have swamped the city this season. 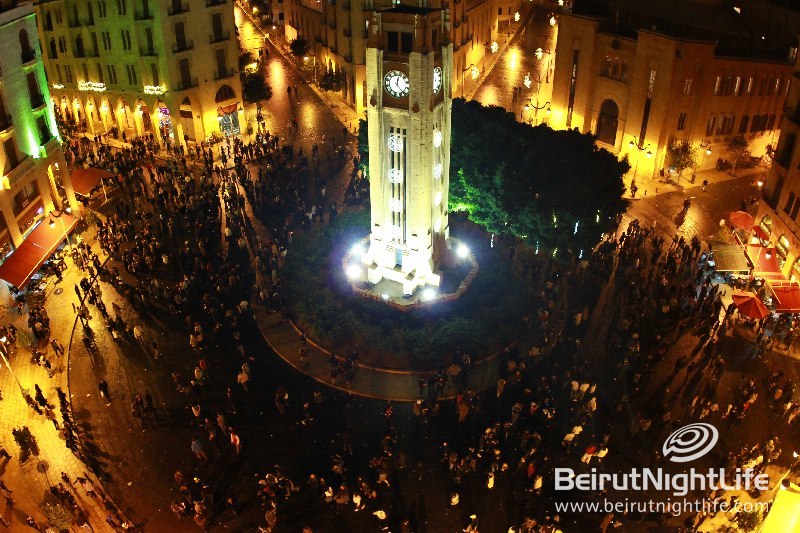 Art and culture meet at the countdown of the New Year on UFA Assurance building where 3D Mapping experience is reflected on the building, where people gathered to watch until the clocked at midnight. Old images of Beirut stand tall for all to see.

The whole city was celebrating in hopes that the new year in Lebanon will bring more joy, more entertainment and success.