ABC Dbayeh Announces the Completion of Its Full Renovation 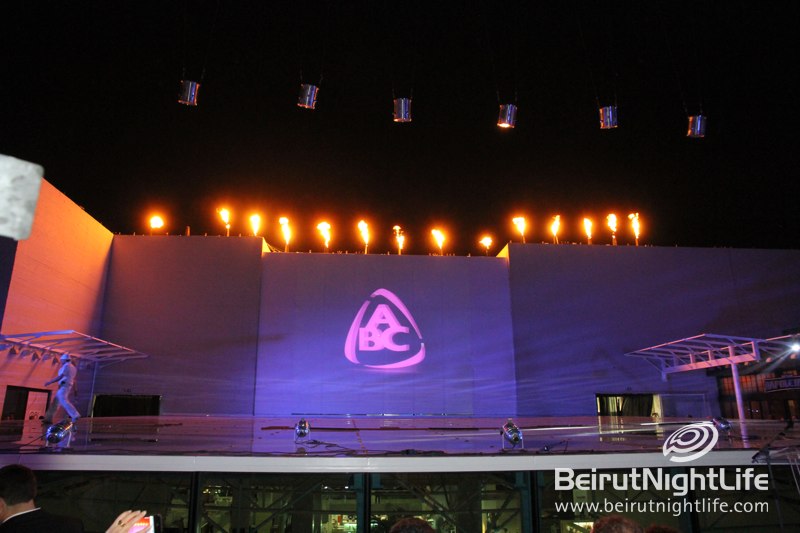 In the presence of His Excellency the President of the Republic of Lebanon General Michel Sleiman, ABC celebrated the opening of its expanded mall ABC Dbayeh. The renovated mall now offers a total shopping experience including more brands from international and Lebanese designers, a new sea-view food court and the first-in-Lebanon VIP cinema within a top notch 8-screen movie complex. The opening ceremony presented Lebanon with one of the year’s most magnificent launch events and marked the beginning of a refreshing new lifestyle experience. With this development, ABC Dbayeh becomes the second largest mall of the ABC chain with 45,000 square meters of retail space, providing Lebanese customers and tourists with a complete shopping and entertainment experience that satisfies every need and desire.

The opening ceremony, which has been described as an event beyond compare, took place in attendance of leading figures from the government, diplomatic bodies and private sector, as well as renowned figures from the Lebanese civil society. The event started with a press conference with Mr. Robert Fadel, Chairman and CEO of ABC, and was followed by a ceremony inaugurated by His Excellency the President of the Republic of Lebanon General Michel Sleiman who, together with Mr. Fadel, illuminated the new state-of-the-art façade, declaring ABC Dbayeh officially open. Guests were staggered with the breathtaking international vertical tambour, astonishing fireworks and the fascinating impulses of the 3D mapping show which transformed the walls of ABC into a stage for a spectacular performance between the earth and the sky.

“Our customers can now enjoy a totally new shopping experience, that combines entertainment and shopping and makes ABC Dbayeh a destination for teens and families”, said Mr. Fadel. “We have chosen to make a significant investment in this renovation and expansion project at a time where the Lebanese economy essentially needs a stimulus and the area residents are thirsty for a refreshingly new development”, he added.

The new shopping mall is believed to help stimulate the economic activity in the area, as it adds new job opportunities and attract approximately 20 percent more visitors in the coming 12 months to the shopping stores and restaurants now open.

Revolving around the impression of haute couture and inspired by ABC’s culture, the internationally renowned “nArchitects” firm with its Principal-in-Charge Eric Bunge, re-lifted ABC Dbayeh store’s facade creating a vivid yet cohesive building in the midst of a busy highway. On the other hand, the innovative and creative revamping of ABC Dbayeh was the signature achievement of project architects “A-Consult”, the regional providers of architectural design and project delivery services.

For more than 75 years, ABC has provided customers with quality merchandise, professional service and a vibrant and eclectic shopping environment. With the revamped ABC Dbayeh, ABC once again delivers its promise by offering an unprecedented and unique retailtainement experience that delights customers and partners alike.