Whose line is it anyway?? 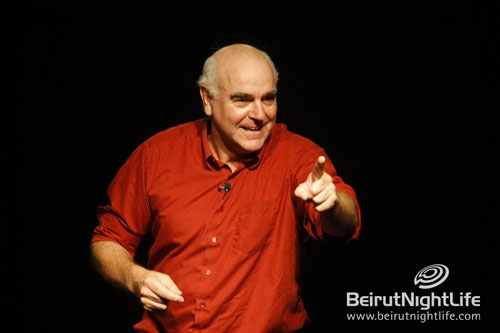 There were no tricks, no scripts, no safety nets, only crowds suggestions and off they flu!

Crowds shouted it our, and they acted it.Yes they were fast, furious and very funny! Stephen Frost, Andy Smart, Niall Ashdown, Steve Steen and Ian Coppinger (Regular members of the Comedy Store Players and members of the original ‘Whose Line Is It Anyway’ UK cast) have been making people laugh all over the world with their brand of irreverent improvised comedy. It was time for Beirut for the first time and not to be missed!