Who Will Win the Rap Battle at Big Shot? 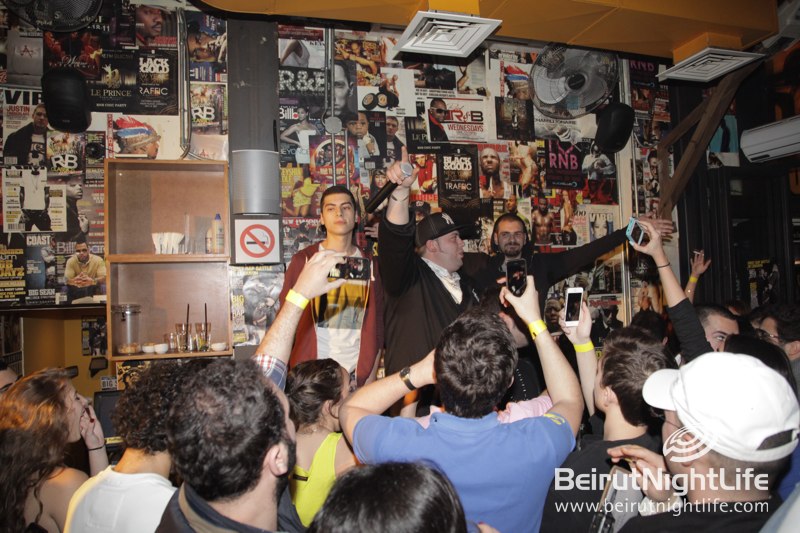 Forget those talent competitions on TV! We like our competitions live and pumped with enthusiasm! Big Shot’s rap battle is making its mark on the Beirut rap scene, searching for the best rappers in the country. DJ Samer was spinning the decks at the Hamra pub, which was completely packed with music lovers and talent supporters that wanted to witness the coolest contest in the country for themselves. Four head to head battles were held, with two rappers battling it out with each other in each one. At the end of the musical face off, four rappers emerged as winners, but only to let the war rage on –  they’ll go on to the next round. Come join and support their rapping skills next week!