Who Let the Bunnies Out at Palais? 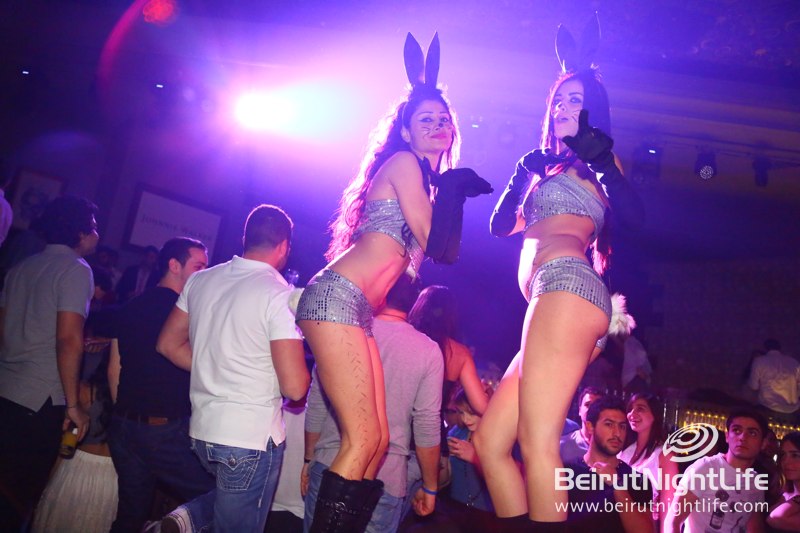 We’re not sure who let all these bunnies out at Palais but do you really care? It is Easter season, it’s also officially spring, and what better way to party than with these loveable animals that suddenly look sizzling. A full house of party animals took over Palais by Crystal on Saturday for a night of drinking, dancing, and loads of fun. Bunny ears were distributed to all the guests and DJs Esper Paoli and ACE were on the decks spinning all kinds of musical sensations while sexy dancer bunnies wowed the crowd with their moves. A giant rabbit character was greeting guests at the door with hugs and kisses, as well as posing for photos with the excited shutter-happy crowd (he was later seen roaming the club for more photo ops). Yet another great theme night at Palais by Crystal. Nom Nom Nom.