If you think after the incredible Wiz Khalifa event at Forum De Beyrouth the madness was over, then think again, the night was young and it was time to hit the town with the star Rapper. BeirutNightLife, you no. 1 website promoting tourism in Lebanon, continued the Wiz trip to White!! 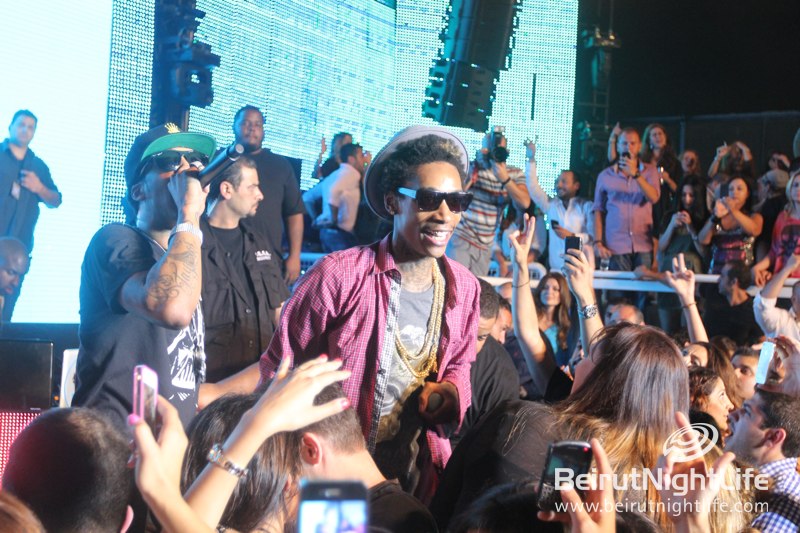 It was not an easy trip to reach the renowned club, crowds from all over Lebanon and we mean by crowds hundreds where just waiting to get a piece of Mr. Black & Yellow at White. The queues waiting to enter White gave us a glimpse about what to expect inside. The moment we entered, it was wild, mad, and even more than what we expected.

DJ Rudebox was kicking off the night with his minimal sets, before White resident DJ takes over with some dance beats, setting the fully packed venue on FIRE. DJ Divon couldn’t stand still, and had his part by MCing for Wiz Khalifa before he arrives, to put the clubbers on a standby mode, to show the world biggest rapper how we party in Beirut.

By 1:30a.m Wiz Khalifa was in da house with Chevy Woods, DJ Bonix and the badass crew. You can see on Wiz Khalifa’s face that it was going to be one hell of a night, the vibes of Beirut were just coming from all around the club, and Wiz couldn’t but have champagne showers. By 2:00 a.m Wiz and Chevy on stage, singing along Beirut’s top clubbers to rise a voice of peace, joy and fun in the sky of Beirut. Black and Yellow and the thrill, where he got up close and personal, and clubbers couldn’t resist but to move and sing with him.

White Beirut, gave us a clubbing experience like no other, setting a high standard for summer 2012, telling the world, that there is only one place to party this summer on planet earth.

This is Beirut, the nightlife capital of the world!!