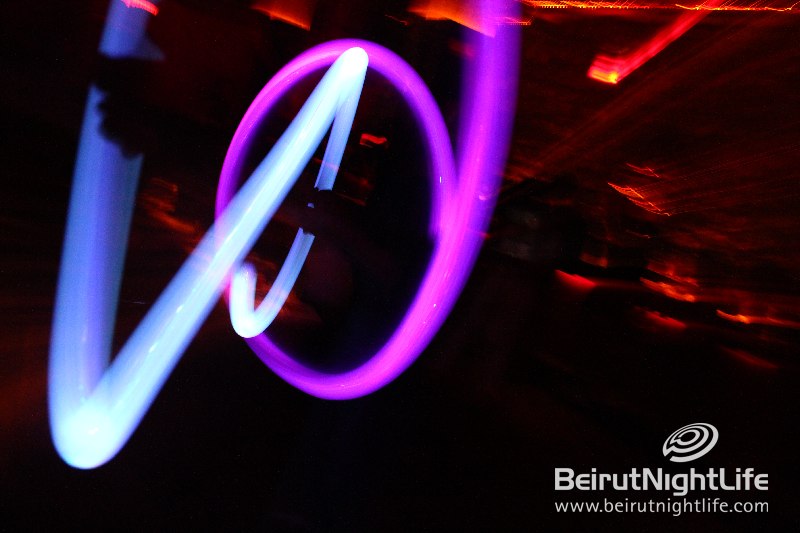 In line with the Basement’s lead-up to the final night on January 9th before the legendary Beirut club is torn down, Vanclode Jandam and Diamond Setter showcased a night of the past 5 years’ best music.

The retrospective is a Basement favorite, recapping the songs and sets that shaped the underground music scene in Lebanon. After 7 consecutive days of pure clubbing, the clubbers that showed up demonstrated Lebanese nightlife resilience, and enjoyed the night’s music, drinks and surprises…

Expecting the retrospective is enough incentive to spend a night underground, but clubbers were delighted to find out a spontaneous, light-show unfold before them. Elaborate dancing with rave lights and glow-in-the-dark created the perfect visual stimulation that goes with the night’s bassy, subtle and progressive tech-house.