On April 14, at the Em Chill in Mar Mikhael, Em Chill and Beirut Groove Collective brought an evening featuring Ryo Kawasaki who visited Lebanon for the second time. The guitar living legend first came to Lebanon in 2009 and his visit was a smashing success. 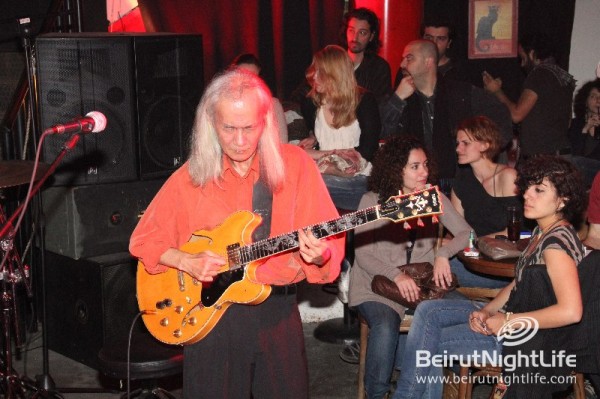 This event, sponsored by Baltika Beer, Stolichnaya, Grant’s, Gauloises, and Radio One, featured Arthur Satyan on the organ and Fouad Afra on the drums.

The concert was from 10 pm to 12:30 am and took the crowd on a magical musical journey, skilfully played on Kawasaki’s guitar.