Paul Van Dyk Does it Again with Vandit Night at Pier 7! 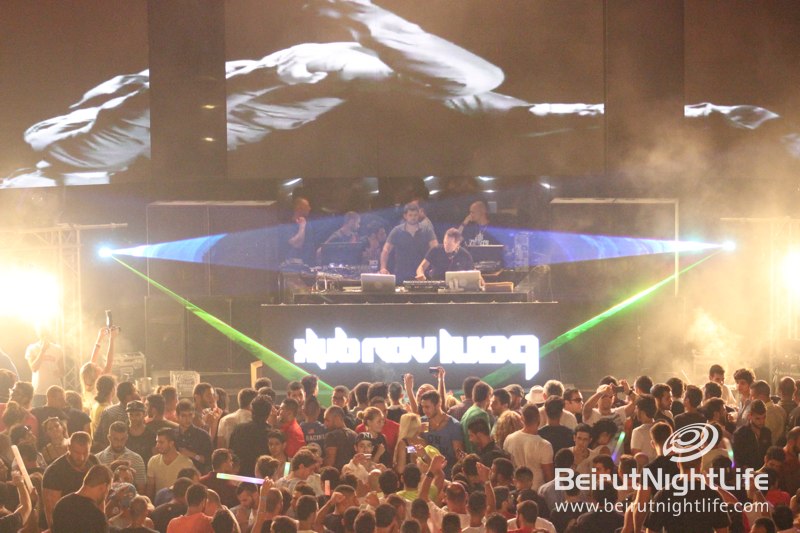 This is how Beirut parties, until the break of dawn with the world’s legends and the most passionate crowd on the planet! We made memories last night on Monday July 28 with the first ever Vandit Night in Beirut brought to us by Poliakov Vodka and they will last us a lifetime! The one and only legend Paul Van Dyk, and 5 of his Vandit label DJs graced the decks of Pier 7 on the Mediterranean coast and gave us a true Beirut summer night to remember, to savor, and to appreciate for the rest of our lives. It was this summer’s biggest party and we lived the moments with you until sunrise! 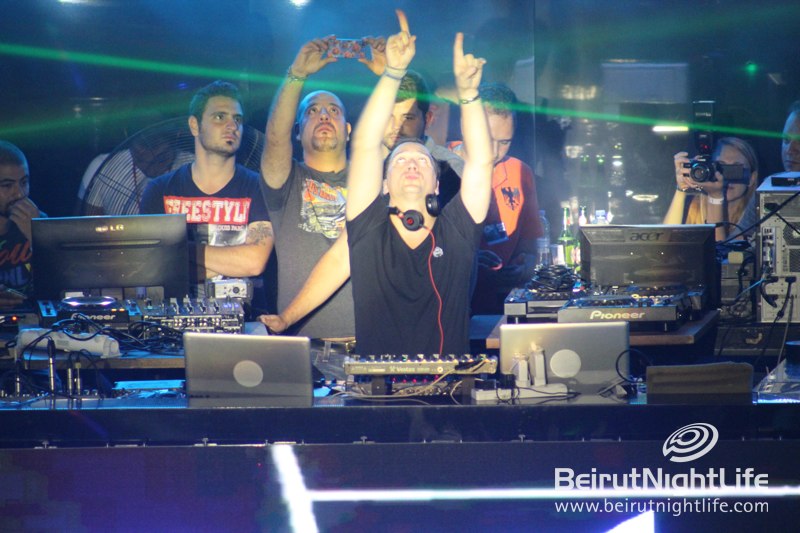 Pier 7 as we know it was transformed into a trance haven, and from the very start everyone was pumped and ready for a fantastic night with PVD along with the rest of his protege DJs. Excited party people lined up outside in anticipation for the historic clubbing event of summer 2014 and loads of clubbers young and old were ecstatic for the night ahead. 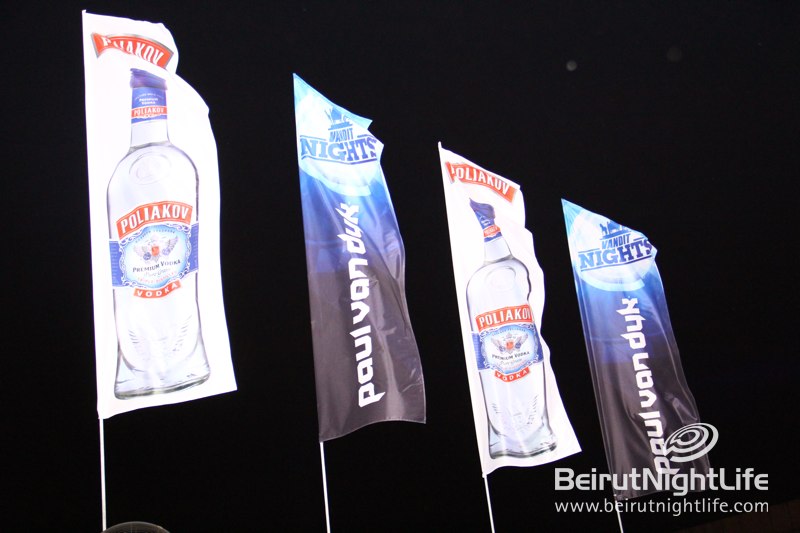 Chris Bekker from Berlin started off the night with his tunes as the people of Beirut began to fill the venue, relishing in the beats as they got more and more exciting and intense. Slowly a wave of energy increasing over the crowd and they could be seen on the main stage dance floor, as well as on the VIP balconies and tables. Up next was another German DJ, Stefan Dabruck and his incredible house tunes that brought out cheers from the crowd and sent a rush of excitement through all of us. 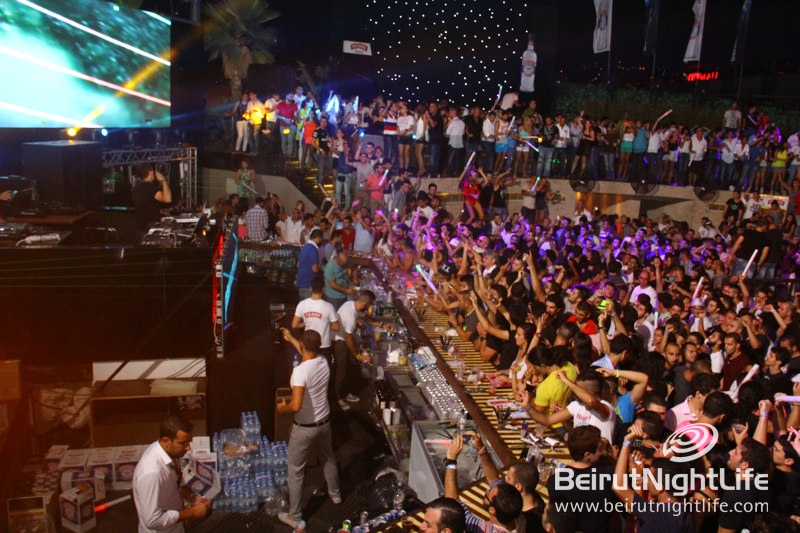 There was an amazing build up of emotion from DJ to DJ, and as the incredible Dutch DJ Maarten de Jong took over the decks, Beirut’s party animals slowly filled Pier7. His amazing set included lots of memory-inducing old school trance favorites and incredible dance tracks that made it impossible to stand still. The crowd was dancing non stop, cheering, clapping, jumping, singing and revelling in the night. As the floor level filled up with the most excited of clubbers, the VIP balconies were all watching the decks from above, all building up to the moment everyone was waiting for.

The night was not just about the unreal, awe-inspiring music, there was something to please all the senses. For the audience’s visual pleasure there was an astounding light show, with flashing lights and colors that set an amazing mood, and an atmosphere of warmth in the place. There were all kinds of acts, fire-throwing jugglers, and dancers in crazy, cool and dreamy costumes that performed for the crowd and danced to the music. Glow sticks in the audiences’ hands were like a rainbow of light taking over Pier 7. 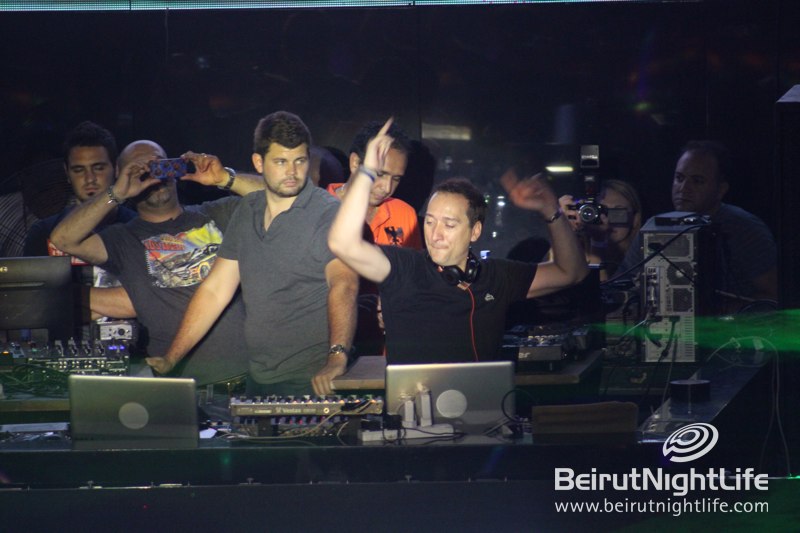 Then it was the moment we had all been waiting for. The crowd’s cheers intensified and the mood was crazier than ever. A stunning fire-show was put on just before PVD came out, with the lights taking over the venue and lighting up Pier7 with specks of brightness all around. Paul Van Dyk was seen walking past the crowd towards the decks as excited fans tried to get a glimpse and snap pictures of the smiling superstar. The EDM legend came out at just after 1:30 AM to a pumped up crowd that could hardly contain their excitement. As he began to play a mind blowing set, the crowd was rejoicing in an atmosphere of love, celebrations, summer and dance music. They were living the sonic experience of PVD, reliving the memories of times past, and recreating new visions on this summer night.

The masses loved the vibes, the sounds, the lights and the pleasures of the experience. Entertainment continued with bursts of cooling dry ice in cloud formations, bubbles that filled the venue with happiness, an insane laser show, and more fire jugglers and dancers. Some amazing Alice in Wonderland characters were seen, as well as lots of dancers in white costumes like ice queens with feathers and other fantasy-inspired dancers. 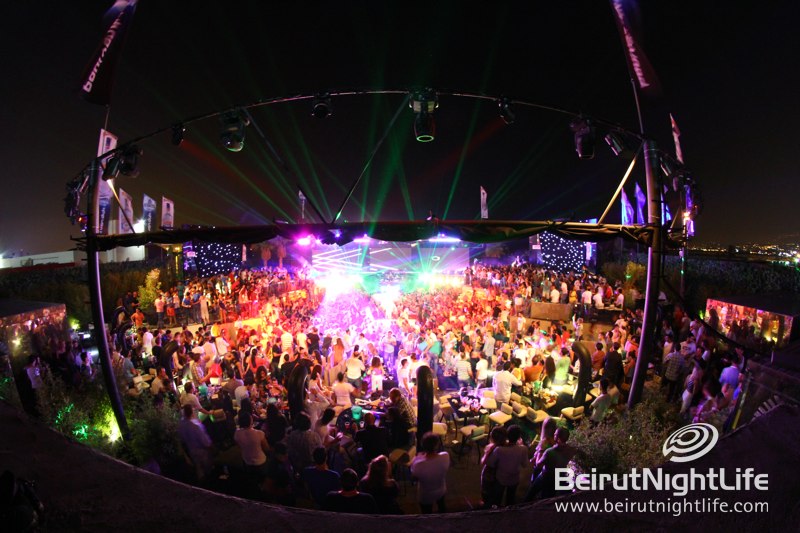 When PVD finished his set the crowd couldn’t get over the excitement and continued the night with Canadian Lebanese DJ Eddie Bitar, who’s an international sensation and a riot on the decks. The night couldn’t just end and finally the last DJ of night Ben Nicky was up and took the crowd to sunrise and beyond with his amazing house set and unbeatable energy. The most intense of party goers stayed until the sun was up over Beirut, glowing over the Mediterranean on another glorious morning.

Beirut knows how to party — with music, with love, and with an intensity like nowhere else in the world! PVD and his posse did it again with their amazing energy and incredible music. Beirut is in awe of Paul Van Dyk and his musical excellence, and we’ve made it another successful summer night in the city that never sleeps!