It’s been a time-long tradition for clubbers of Lebanon to celebrate the NYE -1 party at the infamous Palais, and who knows how to throw a kickass party like Palais?

As the fashionable and trendy clubbers piled up in the club, it was full by 12 am, and the DJ set was pumping dance floor and popular hits that set the mood as everyone started dancing. Red and Grey
Palais baseball caps were distributed to the clubbers, and everyone happily wore them and posed as they took funny photos. This was followed by the distribution of gold-colored bags to each table. The bags contained confetti tubes, frills, masks, and all the little widgets needed for the celebration that would take place at 2 am. 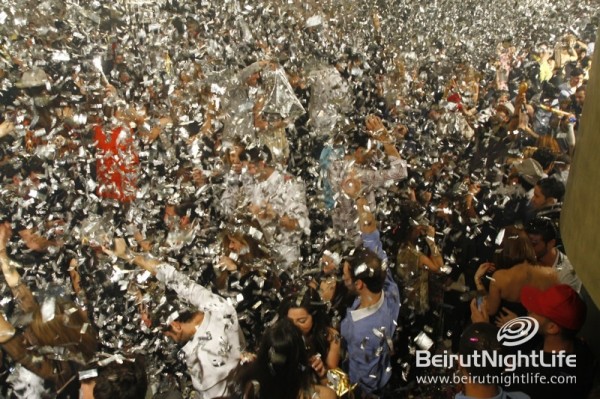 As everyone geared up, the insane dancing and Belvedere vodka-pouring continued for the next hour until everything became quiet as the DJ prepped the crowd for an enticing countdown. People held on to their confetti tubes as they waited impatiently, and with the countdown all tubes were twisted and the colorful confetti burst into the air, mixing with the club’s scattering shiny silver confetti and magical strobe lights. It was enchanting! The venue turned into a shiny, glittery wonderland. People sang, smiled, laughed, and danced. There were hugs and kisses, and the entire venue was filled with emotions as everyone was finally ready to bid farewell to a great year and welcome a hopefully even better one.

The party went on till the early hours of the morning, as clubbers were too happy and having way too much fun to leave.

It was arguably more fun that most NYE parties around the country, and many have already decided where they’re celebrating the next NYE -1; at Palais of course!

Newer Post Music Sharing Monday on BeirutNightLife.com
Older PostB018 Rang in the New Year with an Ultimate A List DJ Line Up