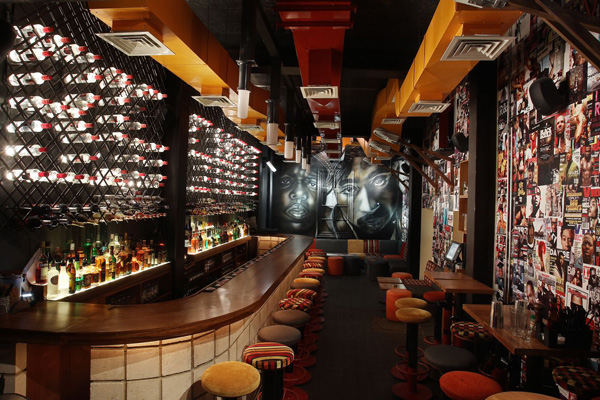 On Monday December 19th BNL attended the opening of Big Shot, Hamra’s fresh new bar that is the first of its kind, fully dedicated to a Hip-Hop and RnB style. The conceptual pub celebrated its opening with a killer party lasting well into the A.M. I must say the highlight of the event was the showcasing of Big Shot’s airbrushed mural wall, by renowned Lebanese artist Hady Beydoun. The mural depicted late Rap sensations Biggie Smalls (The Notorious B.I.G) as well as Tupac Shakur. Hip-Hop guru, NRJ 99.1 DJ, Base was on deck opening night to kick off the party!

Big Shot stands alone, the unique pub in Beirut has an original flavor and a perfect atmosphere to kick back in. DJ’s spin the best RnB and Hip-Hop trackes of the last decade mixed with the latest and greatest hits. It’s safe to say that Big Shot is filling the gap in Hamra.

Being that the latest craze in Beirut revolves around RnB and Hip-Hop, Big Shot is simply “giving those music lovers a place to spend their evenings where they can drink, eat, dance and chill” remarked Rabih Fakhreddine. Big Shot’s new menu of pub fare is a bevy of items with a twist, following he tradition of Concepts in Motion’s first successful nightlife venue, Faces pub, also located in Hamra. 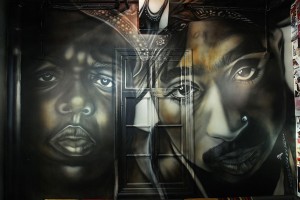 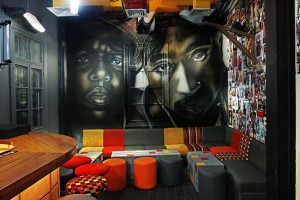 On to the amazing décor, Big Shot features the focus mural wall setting a contemporary pace in keeping with the latest music trend. “The carefully chosen poster selection covering one wall, even the themed vodka light box art is all meant to reinforce the street vibe,” added Rabih. The airbrush mural was commissioned by Big Shot management and took a total of 14 hours to complete. Managing partner Rony Abou Saab said, “We chose Hady Beydoun to execute the mural of Tupac and Biggie to complete Big Shot’s Look. Arguably two of the biggest rappers in music history, their music still played worldwide and the legend surrounding them remain a current event.”

Big Shot is sweeping the hard partying 20+ (age range) partiers that frequent the popular Hamra Alleyway, where nightlife staple establishments like Dany’s and Oscar Wilde can be found. Big Shot is a must to check out and a must to frequent. BNL loves spending evenings at Big Shot, snapping photos and migling with fellow Hip-Hop music lovers. See you there!

Big Shot welcomes guests from 6pm to 4am daily. 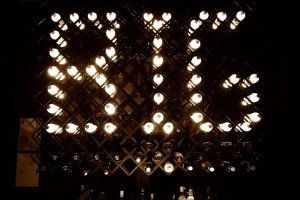 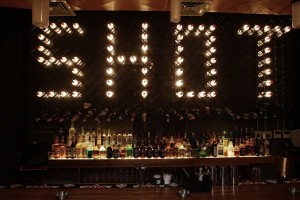 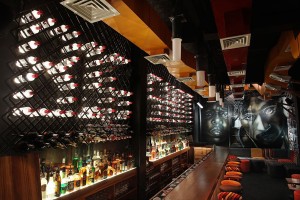 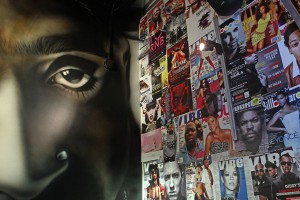