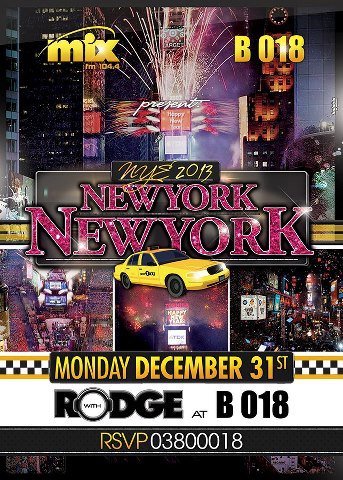 Want to spend New Year’s Eve in New York City?! This year, you don’t have to travel 5609.3 miles to the other side of the world to spend NYE in Time Square. This year, BO18 is bringing The Big Apple to Beirut!

NEW YORK – NEW YORK is going to be a one-of-a-kind, over-the-top celebration of another new year coming to an end, and a bigger, better, and funner new year just begining! If you like surprises you’ll love the magnificent night B018 has planned for you. Rodge will be spinning on the decks while you ring in 2013, New York-style. But this time everything else is top secret. Never fear, if you’re familiar with their previous event concepts, you’ll know that a massive extravaganza awaits you.