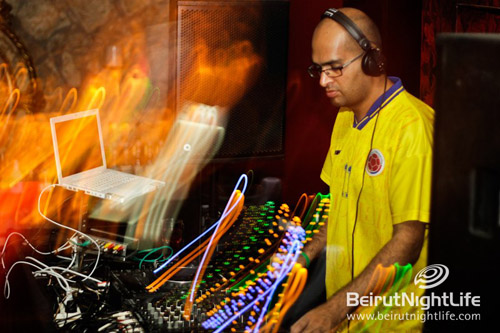 The guy who went out to find something without knowing he what he was looking for, Namito knew what he wanted to do at the Basement when he hit the decks. The Irani born DJ also known as Ali Khalaj, with his yellow Columbia Soccer T-shirt had his own twist of the night with some wicked beats. Clubbers experienced the Irani heat at the Basement, where its safer underground.

Undoubtedly, Namito belongs to the very designers of the Berlin techno scene. Since 1992, due to his distinctive sets, he is constantly booked by all major clubs in town, be it the legendary “E-Werk” or “Tresor”, where he raved the crowd as a resident for years. In 1996, Namito’s first releases caught the attraction of European clubs such as Londons Turnmills and the Brancaleone in Rome.