Mr. Worldwide Pitbull in Concert Took Beirut on a Trip to Planet Pit!

Tonight, for PitBull concert ticket holders, the wait was over! Music fans counted down the days until it was officially time for the Planet Pit World Tour 2012 to make its stop in beautiful Beirut. The Forum De Beirut was at capacity, as NRJ’s concert event was completely sold out! Several thousand concert goers were hyped up, feeling the positive vibes immediately upon entering the venue. Mr. Worldwide was in the building! Frantic fans lined up around the barricades to get a glimpse of their favorite hit maker Pitbull, before he hit the stage. 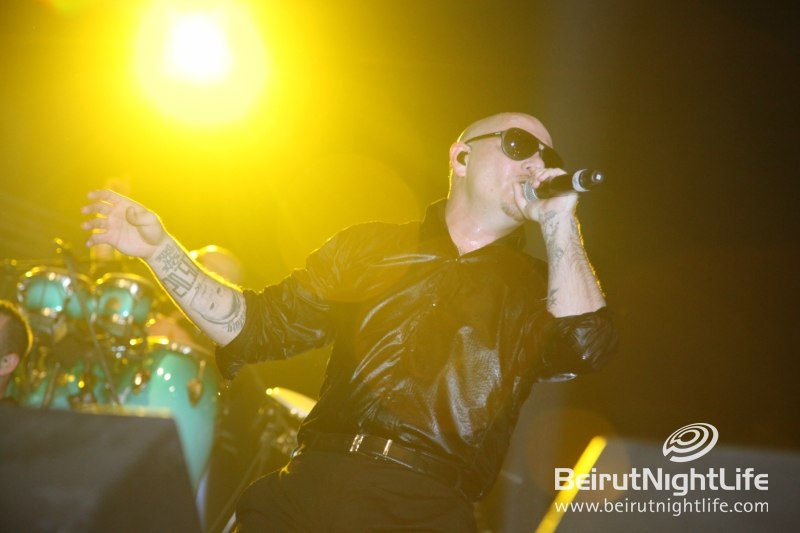 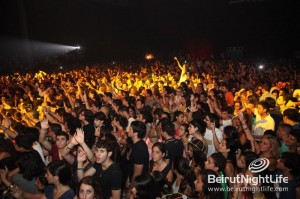 Of course, before PitBull hits the stage his crowd has to be warmed up and who better to take on that duty than NRJ resident DJ and Hip-Hop master Dimix. He opened the show with a full set, spilling out Hip-Hop and Rn’B hits like it was nobody’s business but his! All the cheers for Dimix had me thinking that Mr. 305 himself was on stage. So, goal achieved, as opening DJ Dimix had everyone on his or her feet ready for PitBull…

A full stage set up was ready including percussions, keyboard, DJ deck, saxophone and more. PitBull’s backing band took their positions, the lights went out, cheers filled the Forum when suddenly the backdrop screen flashed videos of Mr. Worldwide. Fireworks on stage blasted off and boom! PitBull showed up out of nowhere, he took to the top of the drum riser and opened up with a crowd pleaser “Hey Baby”. The band switched it up a bit adding the rock sound of a Lenny Kravitz sample. Mr. Worldwide continued with “Can’t Stop Me Now”, this time ending the song with a Nirvana sample. I absolutely loved how they integrated rock into the entire set. PitBull spoke to the crowd asking Beirut “do you like how it feels?!”, which was a perfect to set up for his next jam “I Like How It Feels”. The next song sent the crowd into frenzy. Of course there was a shout out to Lebanon as he sang “International Love”. PitBull’s percussionist really showed off his skills supplying a heart pumping Cuban beat for the upbeat song “Pause”. 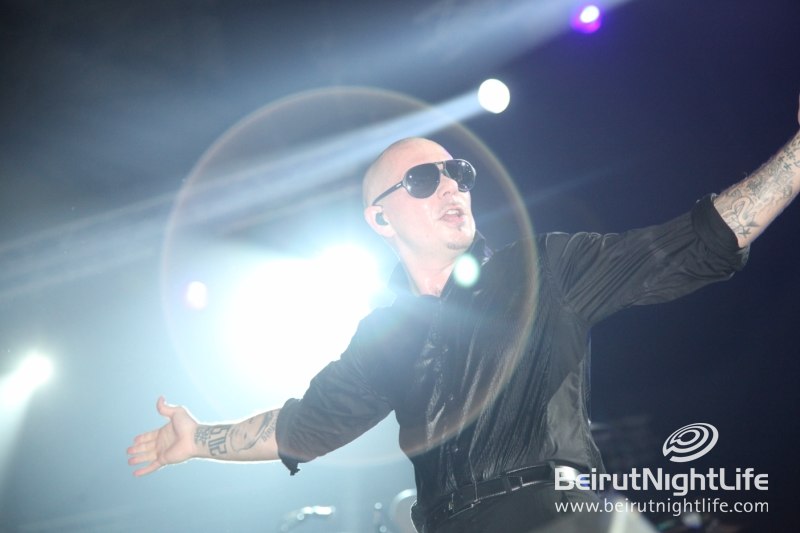 Mr. Worldwide, PitBull took a break to thank everyone in Beirut and his fans for the opportunity to play for them…and in my opinion, all of us should thank NRJ and 2U2C for brining Mr. Worldwide to our side of the world. PitBull asked, what girl in the crowd knows how to “move move shake it shake it and drop it to the floor”?…I know I do! Hits hits and more hits…they just kept coming, next up “Shut It Down”, and you know “can’t nothing hold Beirut down!” PitBull took another breather to chat with fans, he informed us that his tour has been a bit difficult but Beirut fans are making things right! A very sweet and friendly gesture from our man of the hour. Another awesome rock sample, Guns N’ Roses/Sweet Child of Mine, led into “Rain Over Me” followed by the hip shaking hit “Au Si Eu Te Pego”. Mr. 305 wanted to know if Beirut knows how to get crazy as drum beats started up for “Krazy”. The man in black took us “Back In Time”. At this point no one in the room was seated…after all how could they when PitBull was dacning on stage pelvic thrusting to “Metirosa”. Yeah, PitBull knows we want him! Which is exactly why he sang “I Know You Want Me”, followed by “On the Floor”. It’s officially a “fiesta forever“, he explained singing “(baby) I Like It”. He literally had everyone at the Forum De Beirut dancing like it was the last night of their lives while the “DJ Got Us Falling in Love Again”. So tonight we all just enjoyed life as PitBull sang “Give Me Everything”, the jam that sky rocketed the vibe and spirits through the roof. Pyrotechnics, fireworks and glitter confetti filled the Forum as Pitbull wished a warm goodnight to his fans in Beirut.

But the party wasn’t over quit yet…NRJ’s beloved, young and fresh DJ Mini-B took his spot on stage to deliver a closing set that would end the evening with one extra bang. He kept the beats going with NRJ hit music only jams we all know and love. Everyone in attendance tonight took a trip to Planet Pit!

Enjoy our Round1 of photos.

Newer Post Arabs Got Talent 2012… Who will be crowned the Arab Talent of the year?
Older PostPamela Anderson Sued Again for $22.5 million