MEGADEAF and DJ PANIC at the Basement 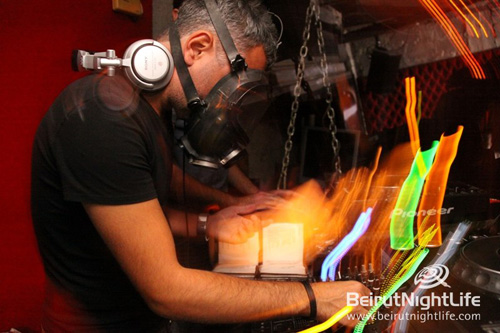 MEGADEAF and DJ PANIC, the only 2 DEAF DJ’s in the world straight from BUKH-SHAKISTAN were in the Basement to rock the decks: with POP, HOUSE & ROCK classics to revive the era of the 70s, 80s & 90s.

Clubbers underground, went back in time, dancing on ancient POP, Rock and House music in a night to revive history at the Basement. 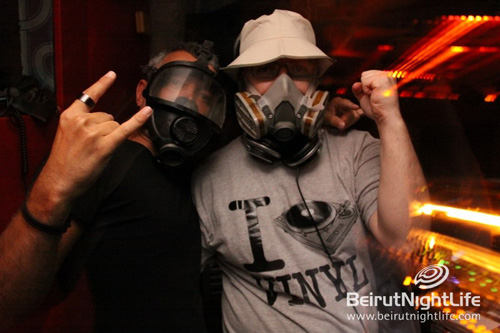 KABAL & BORKA were born in the quiet town of BUKH-SHAKISTAN near the UZBEK border. They started stealing records since the age of 7 and at age 15 they established themselves as the 2 best DJs in BUKH-SHAKISTAN (they were the only ones).

During the war in 1999, they were mixing at a huge party in the village (more than 34 people gathered for the memory of the famous cook HARAM AZBEKAMAMA) and apparently the same night, the UZBEK were testing their new missiles and unfortunately they decided to try them out in BUKH-SHAKISTAN.

2 missiles landed in the party and everyone was killed, but KABAL & BORKA survived but lost their hearing and were severely wounded.
(Their manager insisted that we need to mention that everything below their bellies is completely intact and functioning perfectly).

Since that day, the duo always wears masks and only plays music from the 70s, 80s and 90s… they have managed to tour the world and leave thousands of people speechless.

The duo are very excited to come play in Beirut again, at The Basement.

Newer Post Dinner in the Sky
Older PostHouse vs. RnB at Ô – Lounge