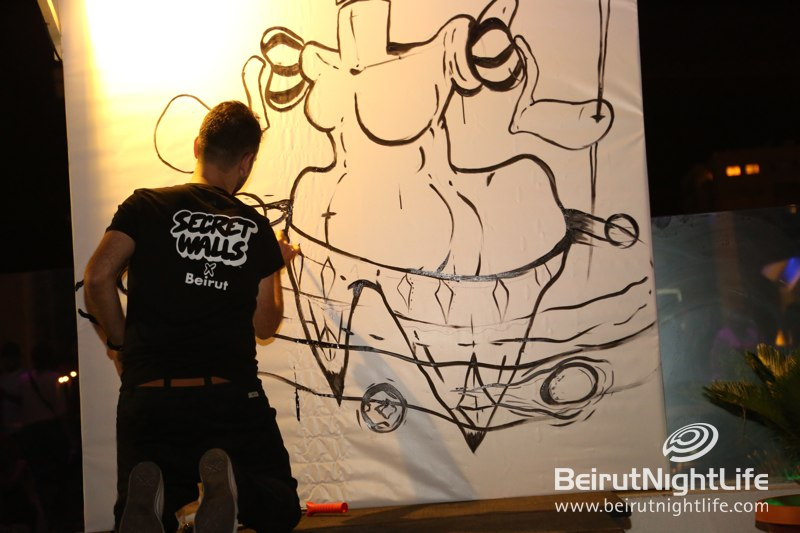 After the successful launch party of Secret Walls X Beirut, this live art battle was another fantastic crowd-pleaser. Secret Walls is and international concept, and the world’s first live art battle, happening in many major cities around the world including NYC, London, Tokyo, Amsterdam and now taking over Beirut. Two artists, Nicolas Maalouf and Mohamad Rifaii, had 90 minutes and two giant white walls to paint only with black and white pens, while the art-loving crowd watched on and enjoyed their evening. This “Fight Club of the arts” took place at seaside bar in Dbayeh Ora on October 17th, with a final winner chosen by 2 judges and a vote by the crowd.