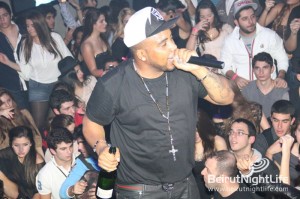 Wow! That is all I can say about the MIMS event that took place on Monday November 21st at Flight 32, located on the 32nd floor of the Habtoor Hotel. The event organized by P2C Productions turned out just as I predicted…a banger! What seemed like 500 people were crammed outside the hotel in attempts to enter into the club, turned hip-hop and dance haven. Guests who were lucky enough to get in, entered into a colorfully lit super club. DJ Rudebox opened up the evening with electronically mixed dance music played in an upbeat fashion, the true Rudebox way. The DJ booth at Flight 32 is raised high above, on the second level, which gives DJ’s the ability to really see, read and feel the crowd. As a special treat DJ Jack Sleiman aka Godfather showed up to MC the event. Mini-B, or as Jack refers to him “Frenchy”, took to the decks with great force, playing tech house perfect mixed with commercial hits. The crowd must have been celebrating Independence Day because every single person in the house was ready to party. Mini-B dropped Flo Rida’s hit, “I Get a Good Feeling” embracing a crowd sing-a-long. 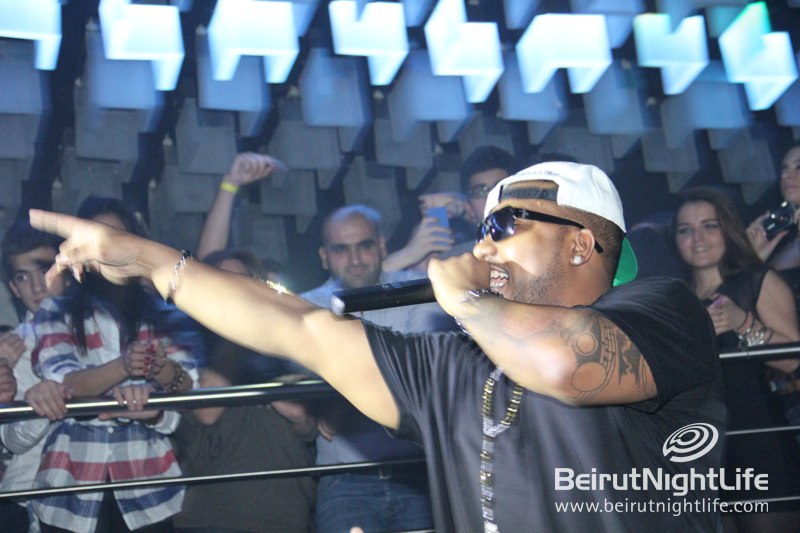 At 1:30 sharp New York rapper MIMS appeared on top of the main bar, smack dab in the center of the venue, reppin’ shades, and his fitted, in full New York fashion. He began the full-blown concert, rapping to backing tracks including Lil’ Wayne’s “A Milli” and his top hit “This is Why I’m Hot”. MIMS’ personal DJ backed him fully with the bass bumped up all night. The international rapper incorporated Lebanon in his rap, showing love to our country.

MIMS then invited girls on stage to show their moves. He joined the ladies and got down to “Billy Jean” by the legendary Michael Jackson. He followed the mini dance party with his hit “Like This” asking the people of Lebanon if they “Like it Like This?”. Soon after MIMS declared a contest to see who was louder the men or the ladies, he exclaimed this question to the crowd, “do my ladies or do my dogs run this mother effer?!” MIMS rapped a full set closing with a full version of “This is Why I’m Hot”. Lights went off so the guests could throw up their lighters and cell phones, illuminating the club. MIMS is the man when it comes to fans and hanging out. He allowed fans to snap photos alongside him. He joined the BNL and NRJ crews upstairs in the VIP section to party and enjoy a killer set put on by NRJ’s Dimix. The very talented DJ RUJI (Co-founder of the “Snareface” trio who produced tracks for names like Snoop Dogg, Haifa and more) closed out the evening with a bangin’ set.

MIMS represented New York but showed nothing but love to Lebanon. 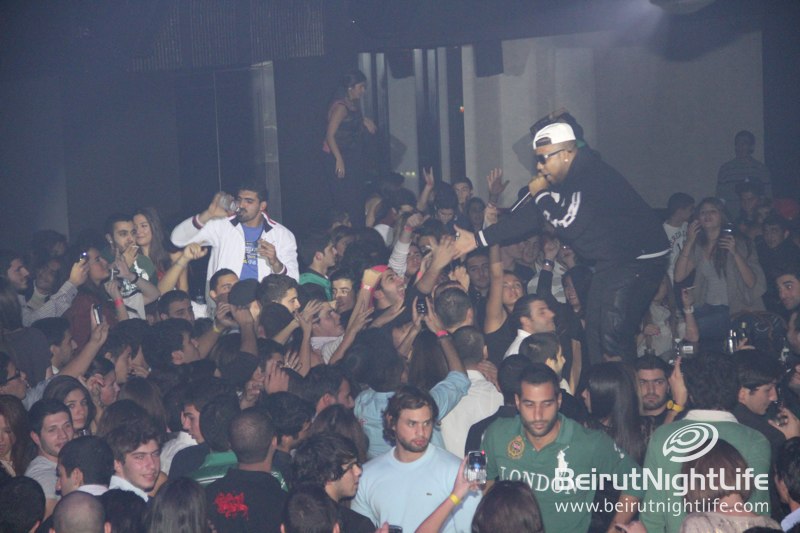