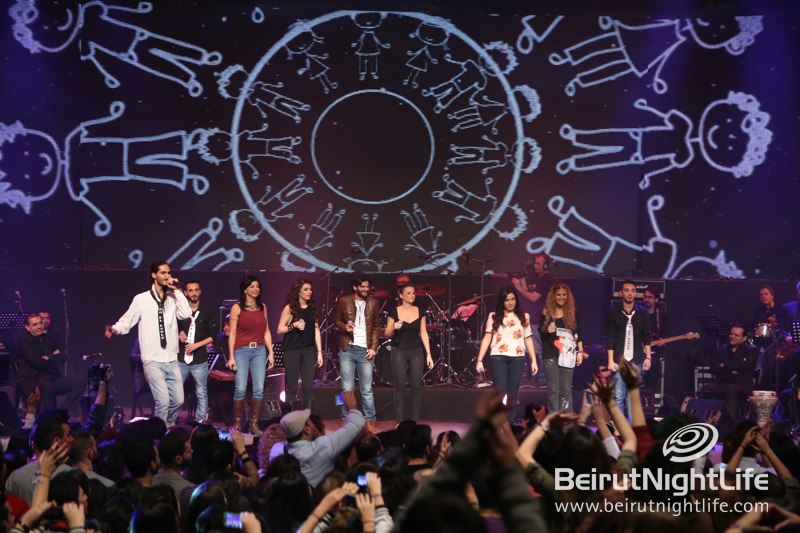 Crowds gathered at the Forum de Beyrouth on Saturday night for a truly one of a kind concert featuring 20 Lebanese celebrities from different fields sharing one stage for the first time. The aim of the One Lebanon event was to unify Lebanon with one message, one voice of national belonging, and sing beautiful songs in French, Arabic and English. The lovely voices and speeches about Lebanon focused on unity and using our different cultures to enrich the country. If someone asks what religion you are, it was suggested the answer should be, “I am Lebanese.” Comedian Nemr Abou Nassar did a hilarious short comedy routine for the crowd, while Assi Hellani’s 17-year-old daughter Maritta sang along with several songs, including a touching rendition of “Ava Maria” with Tania Kassis to the sound of a Mosque in the background. The Voice stars Aline Lahoud and young heartthrob Anthony Touma had the crowd (in his case, more specifically the girls in the crowd) cheering. Black solidarity bracelets were sold around Beirut prior to the concert, and funds raised from event will be used be used to implement civic outreach programs in public and private schools as well as in other educational institutions in the country.