Lady Gaga Sings to her Little Monsters in Dubai! 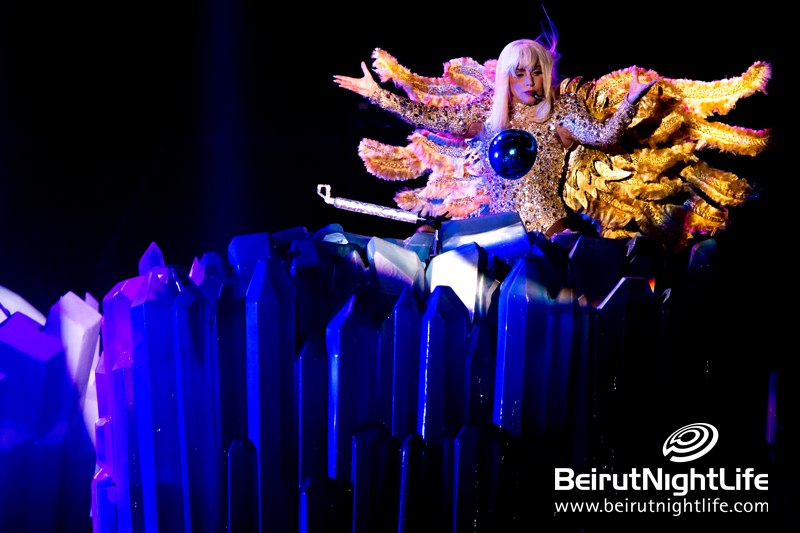 The one and only, the legend, the most innovative artist of this generation, the incredible Lady Gaga gave a killer concert in Dubai on September 10. The diva took to the stage and wowed all her “little monsters”, as she affectionately refers to her army of fans. The concert, which lasted for an hour and a half featured (as expected) multiple impressive costumes. Throughout the performance the costume changes saw the star transform from a golden-winged angel into a sea-inspired character with out-of-this-world voluminous hair, and later a speckled octopus, among other fantastic outfits. The roaring of the crowd and endless camera flashes continued as she sang some of her biggest hits, including G.U.Y, Just Dance, Poker Face and Bad Romance. Lady Gaga and her incredibly talented dancers gave everyone a true show, with an over-the-top light show, fabulous and sometimes strange dancing and choreography, and an overall aura that showed everyone her true star power and unique charismatic personality. It was a historic night for Dubai with such a massive artist gracing the stage at Meydan Racecourse, her first time ever in the Middle East. The amazing Lady Gaga thanked her fans in Arabic and proclaimed her love to them as she exited the stage, leaving the audience in awe of the unforgettable experience.