I am not sure if guests of Pier 7, on Saturday night, knew exactly what they were in for. We have all heard Ke$ha songs over the radio but seeing her perform live is a whole new experience. Resident DJ Patrick Chouchani better known as DJ TRIX opened up the night playing funk electic beats while guests poured into the gorgeous, sea surrounded, dark coliseum style club. By 12:00AM DJ TRIX had the Place poppin’ and DJ Joey took over. Pier 7’s talented trapeze artists came out to salute the crowd. 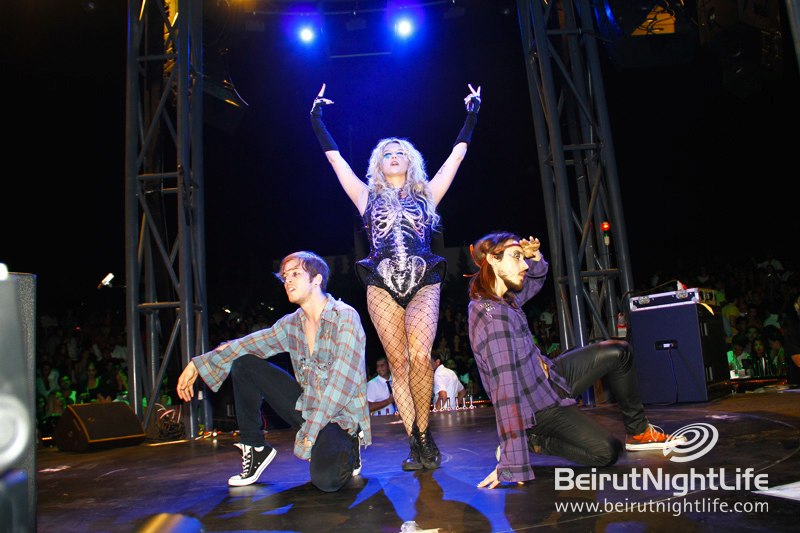 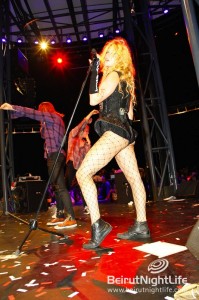 At 2AM Ke$ha, along with her two male grunge rocker style dancers, appeared onstage like a flash of light almost as if sneaking up on the audience. The blonde bombshell was decked out head to toe in glitter and bedazzle gems. She kicked off her performance with the hit song “We Are Who We Are”. The crowd seemed too busy snapping photos of the star to react but once Ke$ha exclaimed, “Beirut let me hear you!” clubbers put their hands together and began to move. Ke$ha performed “Take It Off” followed by “Blow”. When singing the lyrics “this place is about to blow” she meant it literally as her dancers followed the lyrics by blowing confetti out into the audience. Party goers couldn’t help but sing along to the next song “Blah Blah Blah” then enjoyed a hit off her first album called “Backstabber”. My personal favorite “Your Love Is My Drug” sent positive vibes into the crowd putting smiles on every lovers face. For her last song Ke$ha invited her fans to get completely crazy, which they did, joining her in singing the famous line “Wake up in the morning feeling like P Diddy”. Gold glitter confetti fired off from the rooftops of Pier 7 filling the sky. In true Ke$ha fashion she glittered up her fans and said goodnight to Beirut.

But he night wasn’t over just yet! Pier 7 had another surprise for guests. Canadian DJ Jack Sleiman formally known as The Godfather hit the one’s and two’s supplying the club with a perfect hip-hop, R&B and oldschool set playing hit jam after hit jam. DJ Jack Sleiman informed BNL that he will be DJing week-ends at Pier 7 at approximately 1:30a.m. I highly suggest you head over to Pier 7 and check out his set!