The hot Pussycat Dolls vocalist Kaya Jones made a special appearance at Sepia Gemmayzeh, dazzling all the attendees. The plays was packed with media representatives who expressed their delight to meet the talented beauty. The sexy singer, dancer and model was a member of the girl group Pussycat Dolls from 2003-2004. 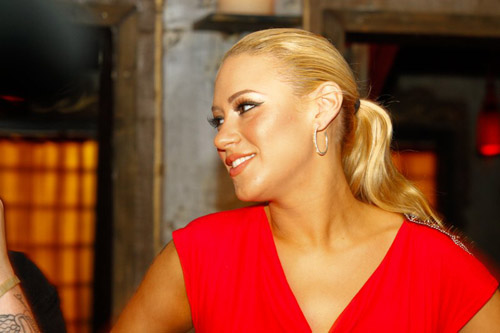 She left the group after recording two songs for the PCD album, to pursue modeling, and a solo musical career. She released her debut single, and music video, “Hollywood Doll” in July 2009, and contributed two songs to the 2009 movie American Pie Presents: Book of Love.

Newer Post Can y’all feel this? Timbaland in Lebanon!!
Older PostNamito at the Basement