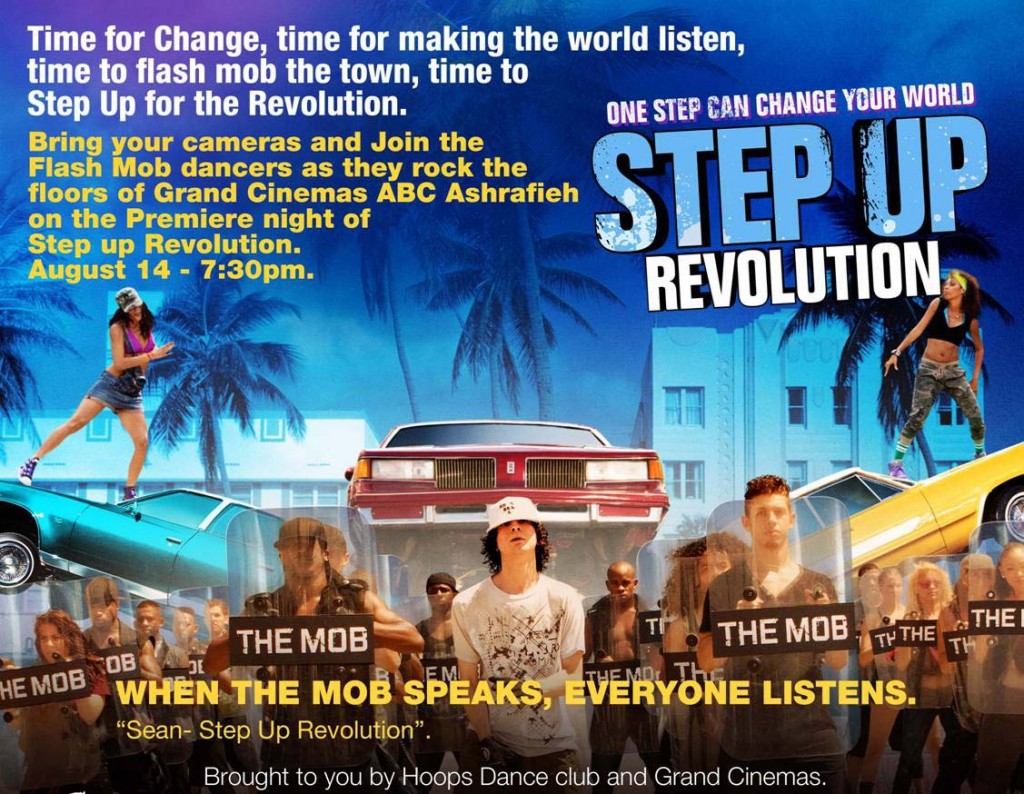 Time for a chance, time for making the world listen, time to flash mob the town, time to Step Up for the Revolution!

Hoops Dance Club and Grand Cinemas knows this very well, which is why they have invited the Flash Mob Dancers to rock the floors of Grand Cinemas ABC Ashrafieh on the Premiere night of Step Up Revolution!

The Premiere will be on August 14th at 7:30 pm, so come down and catch the Flash Mob as they perform their famous dance routines at the Grand Cinemas ABC Ashrafieh location. The Flash Mob Dancers will perform before the Premiere for fans to enjoy. Come out and cheer them on. If you will be at the mall shopping be sure to stop by to catch the upbeat Flash Mob show!