Is it Really Over? Looking Back at Summer 2013 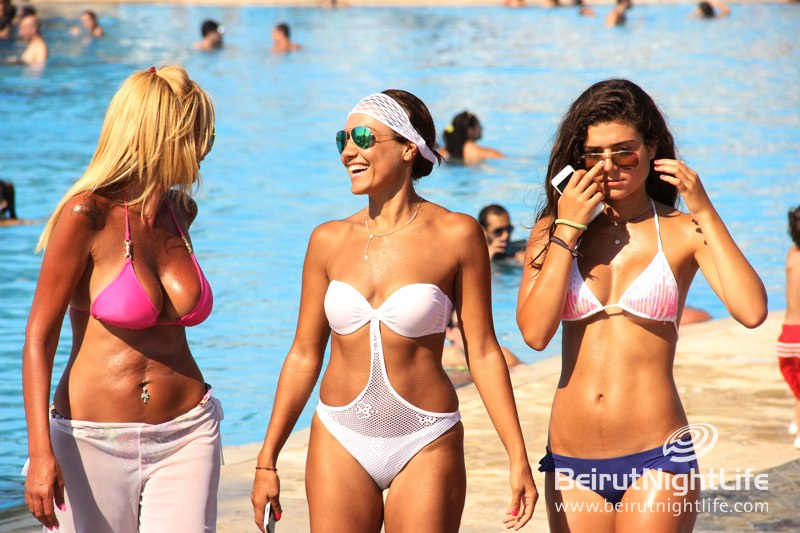 As the sun goes down on summer 2013, we can’t help but look back and recall what an unforgettable summer it was indeed. Lebanese summers are undoubtedly one of a kind! Our country is a striking and diverse land with picture-perfect weather year round, especially during its long, warm and sunny summers. The people too are what make this place so special—always enthusiastic and big-hearted, eager to have a good time and enjoy life to the fullest, and definitely always brave in the face of a challenge. 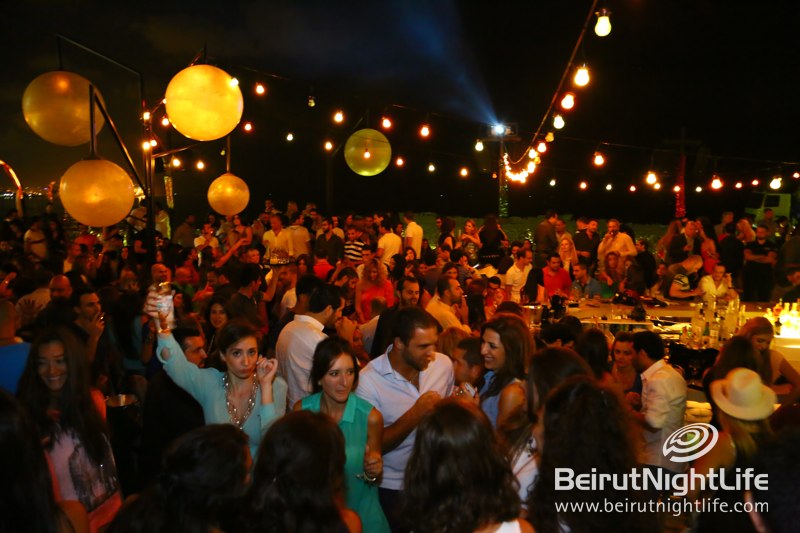 This summer has not been without its challenges for our tiny, beautiful nation, but that’s the thing about the Lebanese—we face these difficulties head on and we don’t allow them to deter us from our lives, however tough that might be. We don’t tolerate hate and we are famous for our love of life. 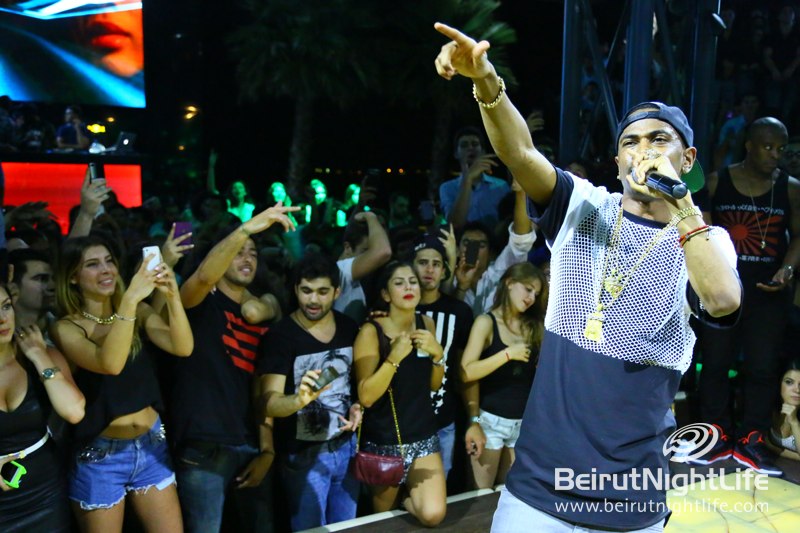 Looking back at this summer, we’ve had so many amazing moments—all diverse, just like the Lebanese people and the tourists that flock here annually. We absorbed culture at the endless summer festivals and concerts, we partied hard until sunrise at various clubs and rooftops, and we relished in the golden sun that kissed our skin by the heavenly Mediterranean Sea. 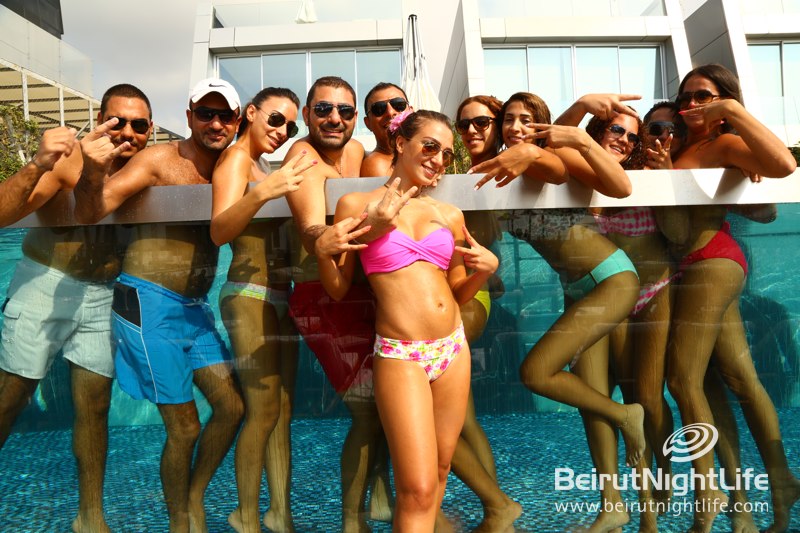 Of course summers are all about the sun. The beach resorts welcomed us with open doors, weekend and weekday, and helped us look our bronzy-best throughout the season while having a blast. From the crazy parties at Riviera to the serene waters at the Tyr’s public beach, the carefree scene up in Batroun and the posh resorts spanning the seashore, from Jiyeh’s Orchid to Veer in Kaslik. 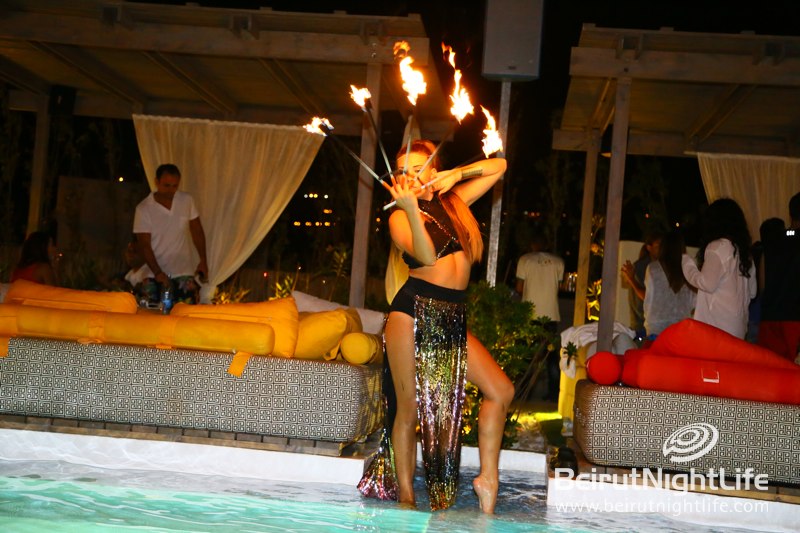 Beaches have also become the new hotspots for parties at night. From the EDM-heaven Electric Sunrises at Iris Beach in Damour to the happy-go-lucky Tiki Retro nights at Batroun’s Bonita Bay to the delicious BBQ nights at Praia in Zouk Mosbeh. Another trend at beaches is combining a great day in the sun with a fun workout, with several resorts like Cyan and Veer hosting exercise coaches on their premises for a fun and fit day in the sun. 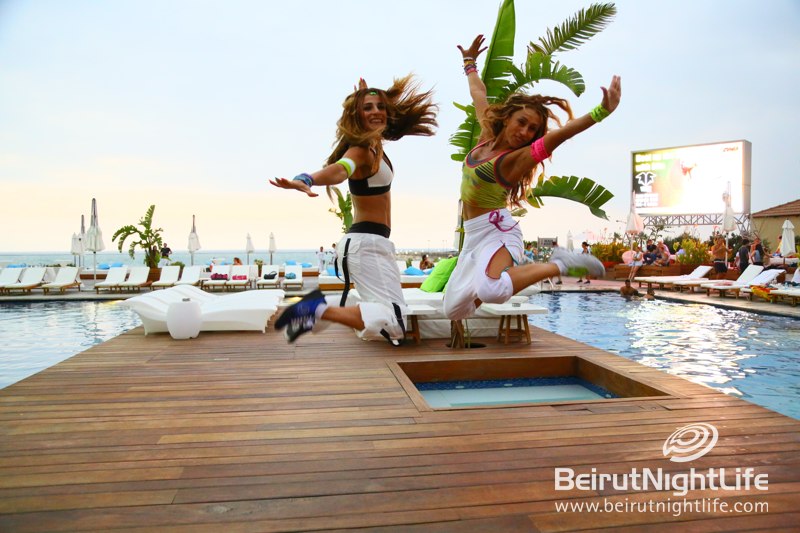 In the summer Beirut is the city of rooftops, and this year there’ve been a few additions to the list or rooftops, as well as other outdoor spaces. Montreal’s BLVD 44 opened on the Jal el Dib Highway, and Flo360 and Rooj in Hamra, while The Garten is now has a great alternative scene at BIEL. 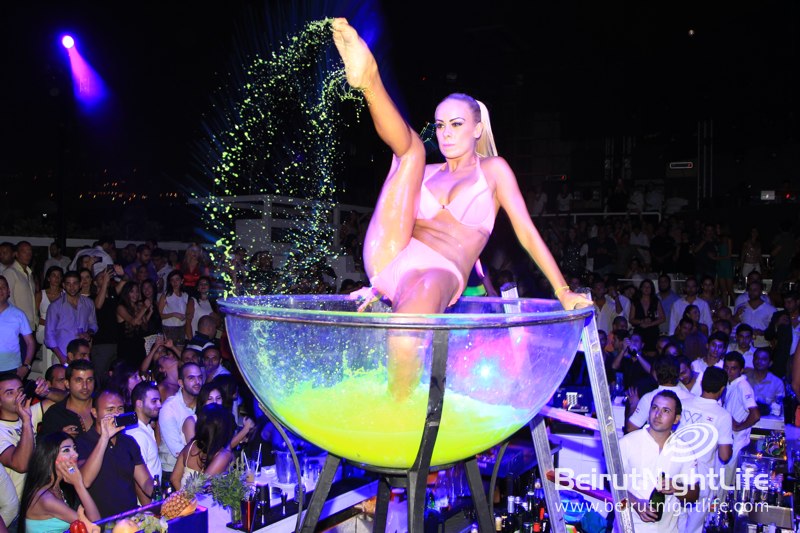 Old-but-gold favorites like White, Pier 7 and Skybar have also had a successful run this summer, with many of the clubs organizing regular theme nights and inviting loads of amazing guest DJs and performers. Pier 7’s Alter Ego EDM nights were a big hit this summer, as were the infamous YOLO nights at White. Many amazing international performers graced Pier 7 as well as BLVD 44, which hosted most of them on their Friday nights’ “Too Mucking Fuch”. Skybar and White also did their part with the community, hosting charity dinners on weekday nights. 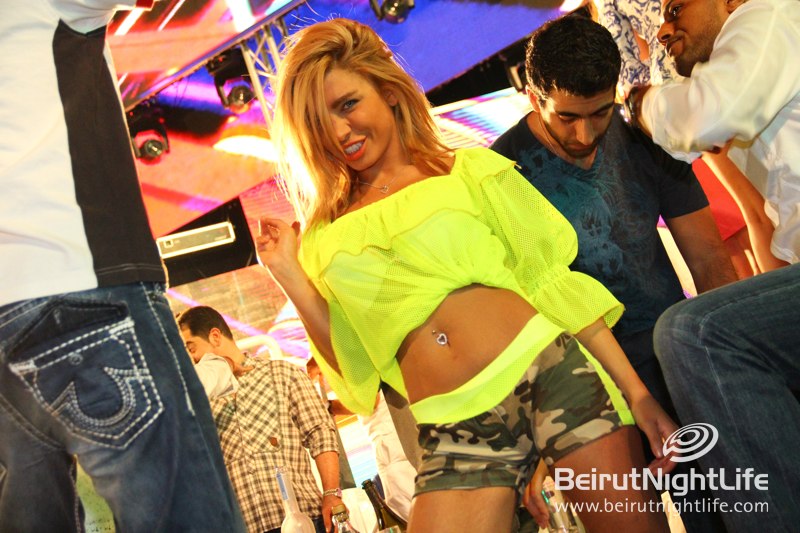 In fact, all our favorite bars and clubs have also been competing with tons of great events and theme nights. From Taiga Sky, to C-Lounge and La Terraza, every venue opened with a bang early on and crowds enjoyed the uniqueness of each. Outdoor lounge Ora Beirut had tons of performances, as did Bar National. And of course there’s the popular Caprice terrace, with its Friday night Bazaar nights and French nights on Wednesdays. 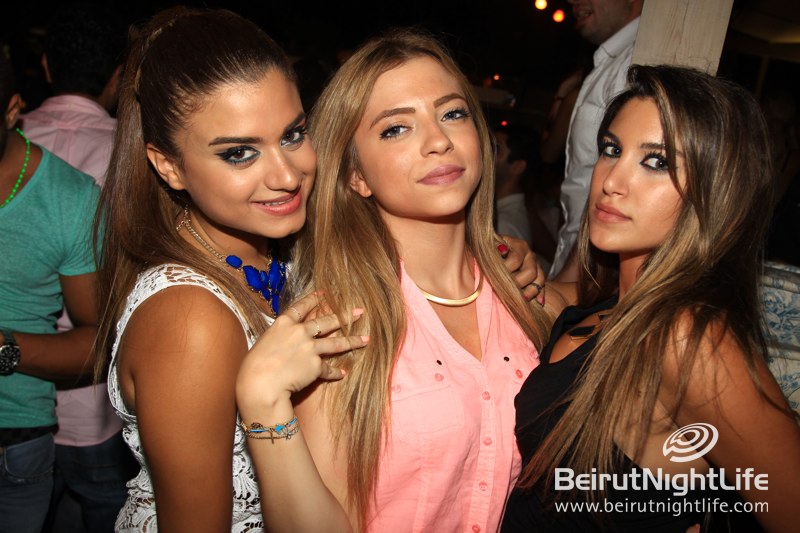 B018 is always one for a great after party, for those who just can’t get enough, and had several special Hurly Burly nights this summer. Hotel hotspots were also a big hit, from Le Gray’s Cherry on the Rooftop, to Pheonicia’s Amethyst and Four Seasons’ The Roof. Some had special theme nights, like Movenpick’s Square with their Sunset Chill night on Wednesdays. 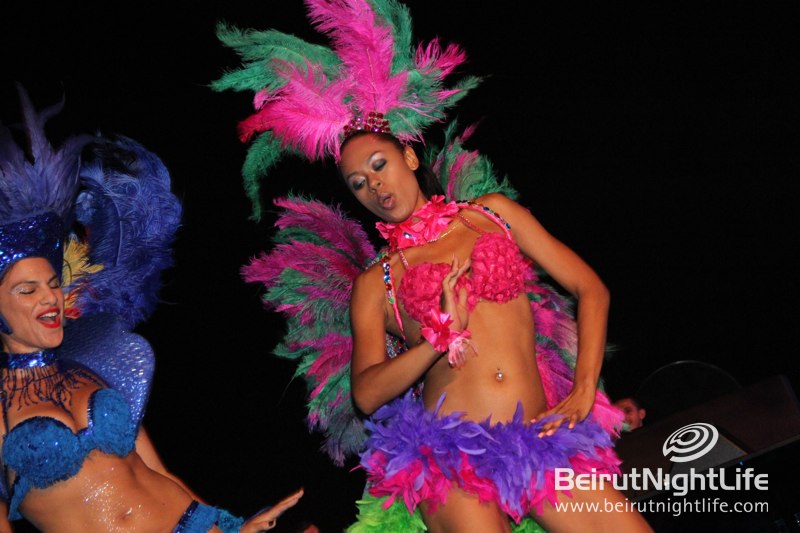 And for the alternative crowd? They hit the festivities like those by Cotton Candy at various venues, and the C U Next Saturday and Decks on the Beach parties that were a huge hit at Sporting Club each weekend. There were a few different kind of parties too, like a daytime block party was organized at chic Uruguay Street, and of course the annual Outdoor Batroun Open Air Party. Whether you’re a social drinker or you party till you drop, there’s definitely been something for everyone this summer. 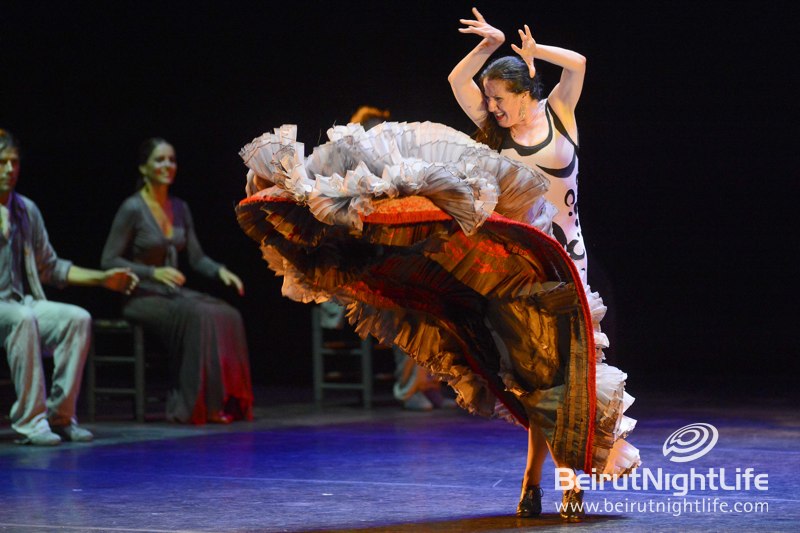 Setting aside nightlife for a moment, let’s remember the onslaught of concerts and performances at the many Festivals over the summer. From majestic Beiteddine with its performances of dance, music and song, finishing off with the phenomenal Patricia Kass singing a tribute to Edith Piaff, to ancient Byblos, where legendary Yanni, it-girl Lana Del Rey, popular One Republic and celebrated Pet Shop Boys gave killer performances. 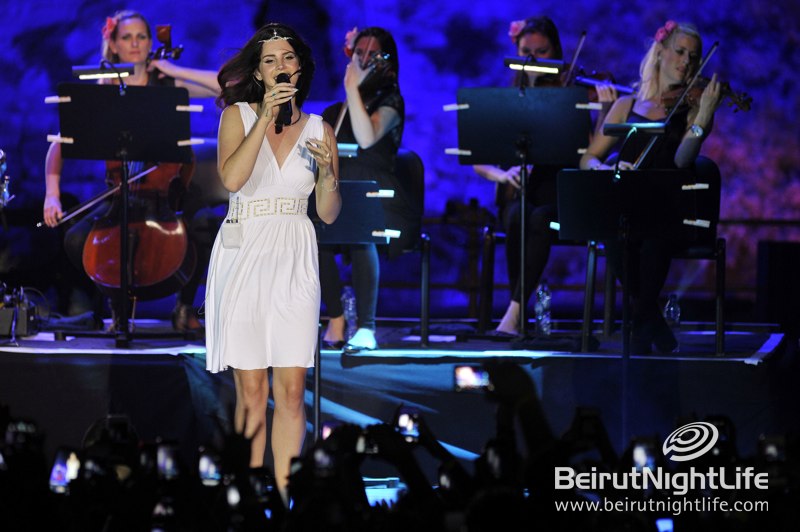 The Jounieh International Festival made us ouuuu and ahhhh at its renowned and elaborate fireworks display, and featured amazing performances by the likes of Mika and Ragheb Alama. 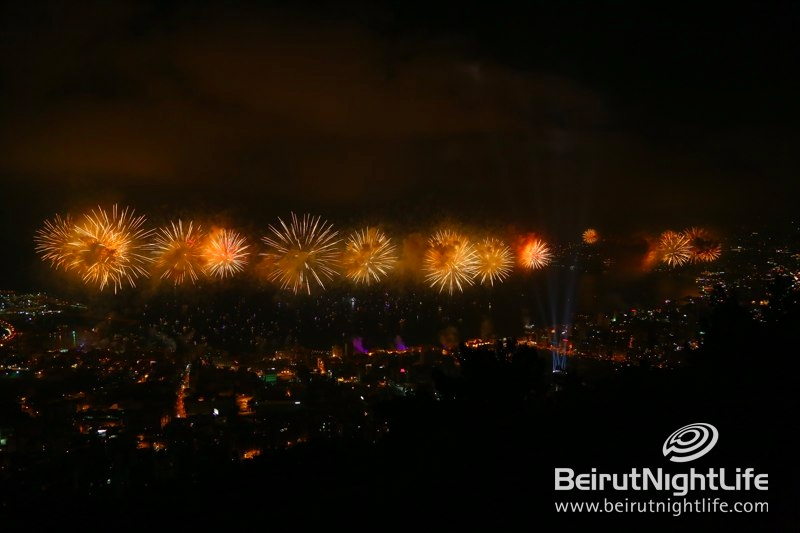 In Beirut, there was the Beirut Holidays that hosted a myriad of Arabic music stars, from Nancy and Elissa to Wael Kfoury and Anthony Touma. For the Fete de la Musique, people took to the streets of downtown Beirut to listen to various performances. That’s not to mention the great artists invited to perform at Zouk Mikael Festival, Ehmej Festival, and the famous Ehdeniyat in the north. 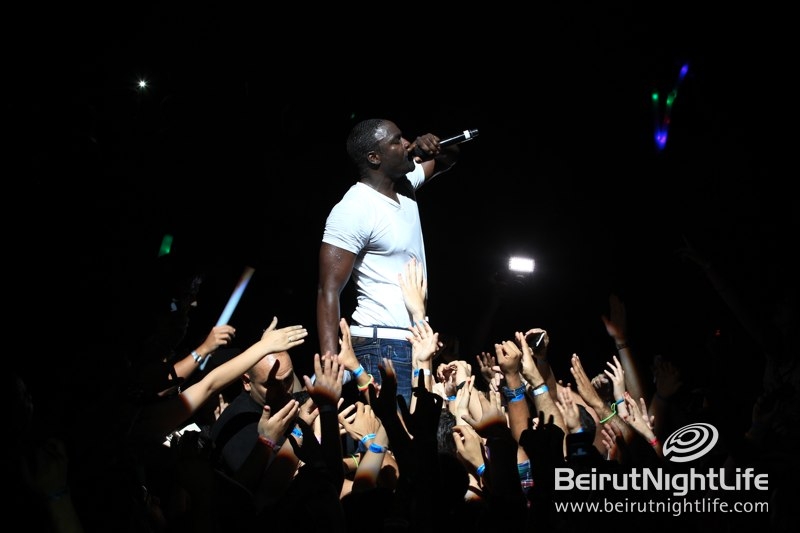 Akon filled us with awe at his third performance in Lebanon this year, and the New World Punx event blew us out of this world in August. The NRJ Music Festival also gave us a night to remember, with loads of international performers in one place. Later in the summer the Wicker Park Festival in Batroun showed us what amazing talents we have locally too. 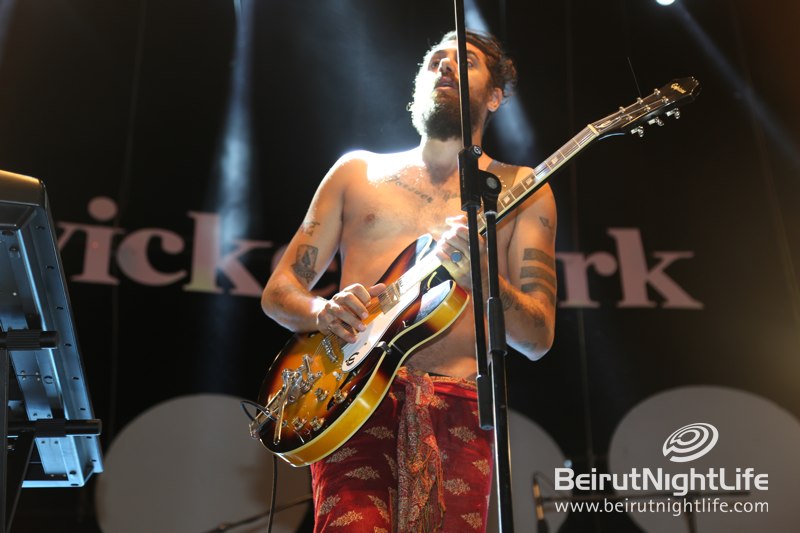 Faqra and Faraya were welcoming for those seeking to cool off, offering festivities and fairs as well as the usual hangouts like Urban, and Rikky’z in its new location. Especially during the St. Mary holiday when it seems the whole of the country went up to celebrate. During Ramadan, which fell this year during the sweltering hot summer months, many restaurants offered delicious iftars and amazing set menus, with a couple of tents also set up for the Holy month. 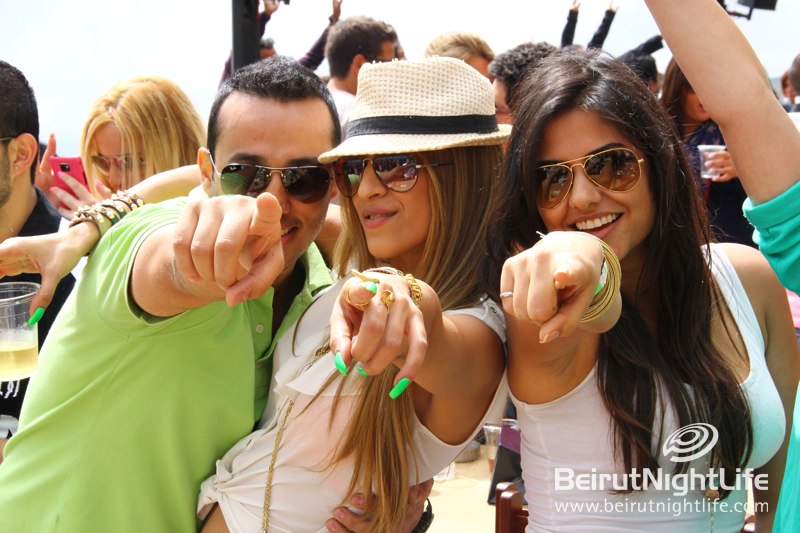 It was also a great summer for fashion shows. From Riviera, to The Movenpick, C-Flow resort and Zaitunay Bay, there were sexy and stylish summer fashion shows all around. Plus we had the Beirut Designers’ Week at Zaitunay Bay, and the Beirut Design Week all over the city. This year Beirut also hosted the World’s Next Top Model competition, and saw peaks of the beauties all over the city for a few weeks prior to the competition. 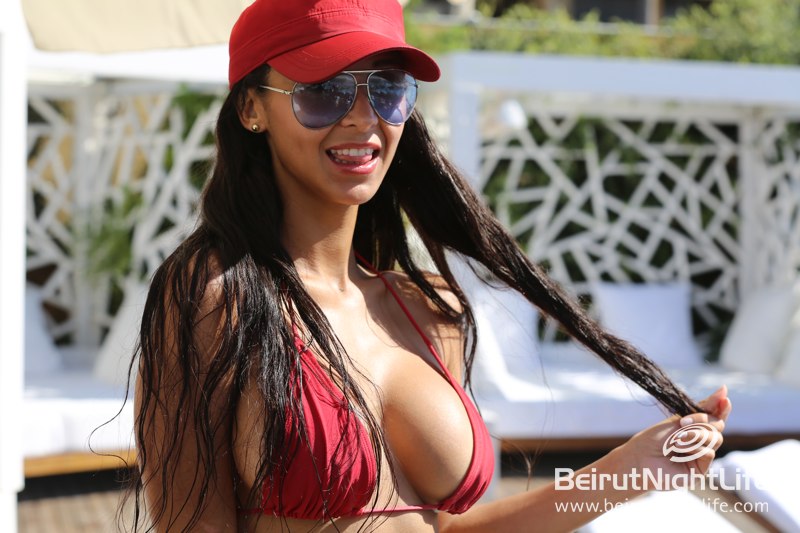 Besides the nightlife that Lebanon has recently become famous for, and the festivals flourishing every year, the country is has always been known for its beautiful natural and archeological sites, and this was as great a summer as ever to visit the many sites, north to south, at sea level and in the mountains. Baalbeck, Byblos, Beiteddine as well as Tyr, Saida, Tripoli and more, the whole country is a giant historical site with plenty to offer tourists. Plus the locals and the tourists have been enjoying different outdoor activities around the country, from river rafting to hiking. 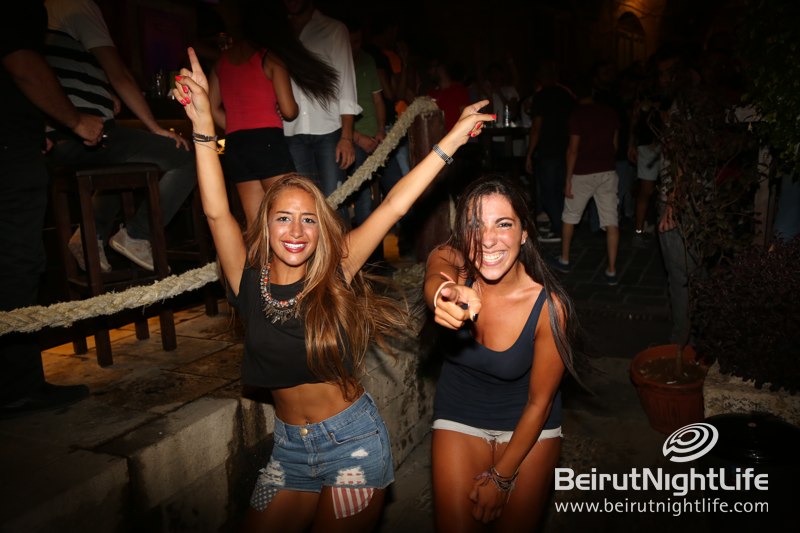 As usual there was always something available for people with different tastes and preferences, but now the time has come to say goodbye to the endless pleasures of summer days and nights. We will always strive for continuous tourism to Lebanon, because we believe in its beauty and we want others to see it the way we do. Thanks for a great run, Summer 2013, and we’re looking forward to an even better winter season this year! 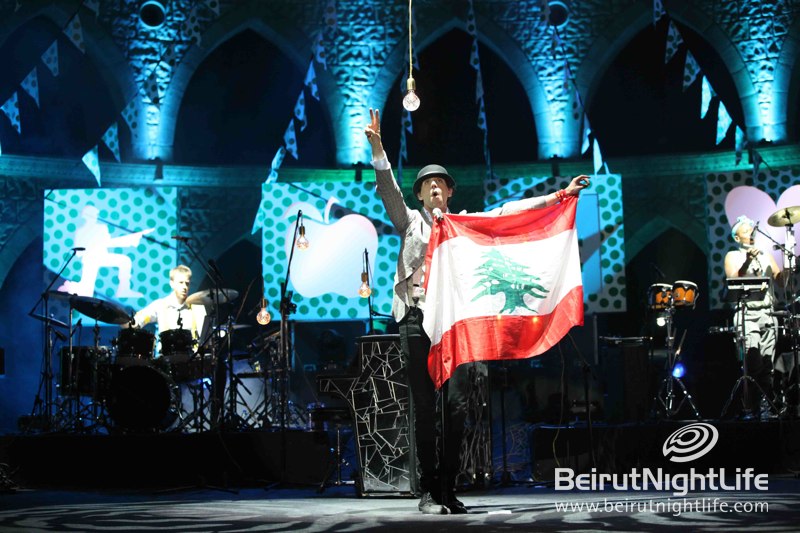 We’d like to extend a big thank you has to the entire Beirut Nightlife family, Mahmoud Abdallah and Olga Habre for their impeccable editorial job; Jihad Ghalo for his constant follow up and updates on all events; Elie Tarabay and his production team including Rony Said, Joe Khawand, Jad Tannous, Wissam Hishmi, Hassan Akil, Aimee Merheb and Maya Khouri, for their relentless efforts; Daniella Rahme for beautifully hosting  our nightlife TV show “Trends And The City” on MTV; and to all those who have been supportive, especially our loyal readers and followers for the past 10 years. We apologize if we failed to mention someone, and without all of you none of this would have been possible!