Eid el-Fitr is upon us and for Muslims in this country that means enjoying many festivities, which will mark the end of Ramadan, the Islamic holy month of fasting. After a tough 30 days of fasting from dawn to sunset, now is the time for all to celebrate Eid. Here are some great ways to celebrate Eid around Lebanon… 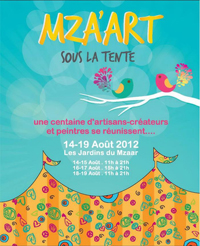 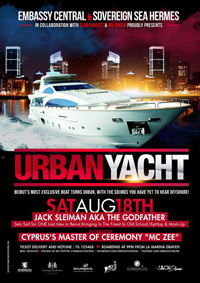 Urban Yacht Party at La Marina Dbayeh August 18th: Embassy Central And Sovereign Sea Hermes In Collaboration with Cluboholics & NRJ Proudly Presents. The URBAN BOAT Party Experience. Beirut’s Most Exclusive Boat Turns URBAN, With The Sounds You Have Yet To Hear Offshore! 200 Of Beirut’s Elite Clubbers Will Set Sail On Saturday The 18th of August To Experience A ONE OFF Urban Night Cruise Along Beirut’s Coastline! Montreal’s Ground Shaker & Beirut’s Godfather of HIPHOP JACK SLEEMEN Sets Sail for ONE Last time in Beirut Bringing In The Finest In Old Skewl, HipHop & Mash-Up Along Side, CYPRUS’S Master Of Ceremony ” MC ZEE ” ! Hot Tubs, Bubble Baths, Co2 Pumps and The Wildest Party Atmosphere replicated off the shores of Miami straight to the Middle East Clubbing capital. Embassy Central’s Night Time Boat Party. 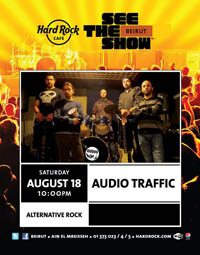 Man In The Mirror The Michael Jackson Show at Beirut Souks August 19th-22nd: MAN IN THE MIRROR – The Michael Jackson Show celebrates the amazing music of the King of Pop, Michael Jackson,  in a high octane theatrical spectacular that spans over three decades  of the greatest hits in pop history. With an international cast of world class performers MAN IN THE MIRROR features the incredible music of Michael Jackson with jaw-dropping special effects, eye popping multimedia displays, breathtaking vocals and explosive choreography. Featuring all of Michael’s number one hits,  this spellbinding musical show takes the audience on a musical journey through the career of one of the greatest entertainers of all time. The show’s creative team has been working alongside musicians and dancers who were involved with “This is it” – the tour Michael Jackson never performed.  The American press describes this show as “A glorious tribute to the King of Pop”. The music of Michael Jackson from his childhood to his multi-millionselling performing peak is being featured in Man In The Mirror. The show tracks the hits of the music legend starting off with the Jackson Five and moving through to the pop icon’s biggest hits like Black or White, Earth Song and Smooth Criminal. It will feature an all-American cast drawn from the cream of Broadway performers and producers are working on some spectacular set-pieces for the show. 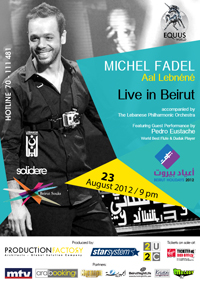 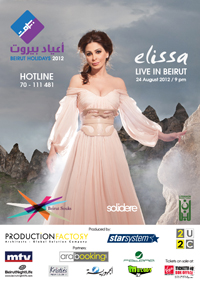 Elissa Live at Beirut Souks August 24th: The famous Oriental singer with a beautiful voice, Elissa will be performing Live for one evening at Beirut Souks as part of Beirut Holidays. 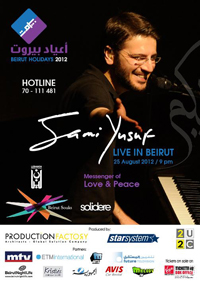 Sami Yusef Live at Beirut Souks August 25th: Sami Yusuf is a British singer-songwriter, composer, producer & an accomplished musician. Having studied music at the Royal Academy of Music in London, he became the talk of the town in lands as far and diverse as Egypt and Turkey. His groundbreaking debut album, Al-Muallim sold over 3 million copies and earned him a massive following in the Middle East, North African nations and South-East Asia. Sami became the first and the youngest Muslim recipient of the honorary Doctor of  Letters award in recognition of his extraordinary contribution to music by the University of Roehampton in south-west London. His performances are trim and tightly focused, complete with singing in English, Arabic, Turkish, Persian, Urdu, Azeri and Malay and performance on a multitude of both classical and ethnic instruments. His genuine benevolence is reflected through his unwavering commitment as United Nations Celebrity Partner to reach out to those in need throughout the world.