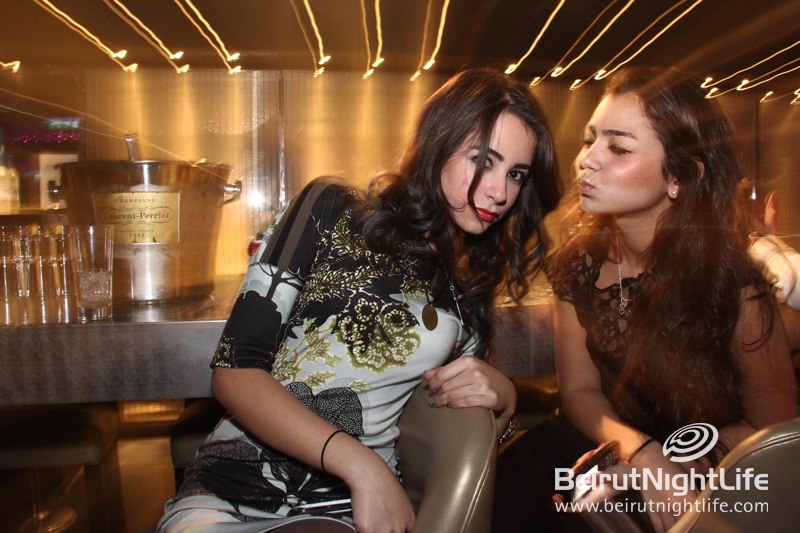 We’ve already discussed 10 of Lebanon’s clubbing problems. But there are some problems that only girls will understand, and guys luckily don’t have to deal with! Here’s our rundown of the problems Lebanese GIRLs face in nightlife:

You put your phone in your bag for like, 23 minutes, and when you look at it again you think someone might have died. Mom keeps calling, texting, Whatsapping. Wainik? MOM khalas!!!!!! But moms care and they will always be moms.

U-oh. Dad is up when you get home… and you smell like things you shouldn’t smell of… and it’s wayyyyyyyy past the time you said you’d be home. The key is to convince him you’re still his little angel. And blame your friends. SHE WAS THROWING UP I COULDN’T LEAVE HER!

Many nice guys complain that girls are mean and reject them to quickly. They don’t see the girl’s side of the issue. There are lots of gross, rude and obnoxious sleazy guys out there that have completely ruined it for everyone else. Basically after a few sleazy experiences in a club girls grow a thick skin and reject more than they need to for fear of another moron being disrespectful. Sorry nice guys, blame the sleazeballs, not us!

4 These Shoes were made for walking. These roads were not.

It’s no secret we love shoes. But not only is wearing heels a delicate balancing act, we also have no place to walk properly. Here in the Paris of the Middle East we’re lagging behind on the Parisian pavements. The roads are so bad you can’t actually walk on them. Rocks, garbage, debris, uneven inclines, cracks bigger than our heels, puddles in the winter, you name it. Walking in stilettos is an Olympics sport. This is why valet is our friend.

Throughout the year Beirut is a warm city. In the summer, it’s a sweltering armpit of a hot city, especially if you’re clubbing or pubbing outdoors and there are minimal ventilation systems. Waterproof make-up becomes your friend. We could try to make black smudgy under eye circles a new thing… the new “heroin chic”?

Why is it that the line in the women’s bathroom is 30 times longer than the one in the men’s? Ok we know why – every kind of crisis management form wardrobe malfunctions to aforementioned make up meltdowns are handled in that cramped space—but STILL. It’s such a drag that sometimes it’s better not to go at all… until you just can’t handle it. Then run and shove your way in.

7 Out with the Old

Running into the “laz2a” ex-boyfriend from high school is kind of a nightmare, especially if he won’t go away. OMG will he never get over you? It’s so annoying (but also secretly a great ego boost?) On the other hand running into the ex bf from last year is heartbreaking and horrific. WHY DOESN’T HE LOVE ME. WHAT DID I DO WRONG. The key is to stay calm and collected, say hello casually like the classy gal you are, and then go bawl your eyes out in the bathroom. If you can get there.

Going to a club in Beirut can be like going to fashion show. Most of the girls are stone faced and/or staring you down. Instead of giving compliments, many girls give dirty looks…. Although to be fair sometimes it’s more of a look of deep concentration during a detailed study of the outfit. Maybe that’s sort of a compliment? Either way friendly faces are a rare find.

The ultimate crisis is a fashion face off: finding some girl who is wearing the same outfit as you. Its pretty horrific but how you handle it really makes a difference (not really). You could give her the evil eye, or make a joke to ease the tension. This girl clearly has good taste, maybe it’s time to be her friend and prance around like twins in the club? Or not.

Don’t you hate it when people surprise you with photos and you’re not ready? The pose is key, and girls need a second or two to get into character (duckface doesn’t just happen!) Warn us before snapping at bad angles and with bad lighting please. Guys don’t care but we have an Instagram reputation to uphold! Think of all the horrified followers!!

Newer Post BeirutNightLife.com Brings You the Official Lebanese Top 20 the Week of August 10, 2014
Older PostAlfa, managed by Orascom Telecom, launched an SMS funding campaign as part of its support to the Lebanese Army