Flo Rida’s set at the NRJ Music Tour 2011 shut the place down! He performed numerous hits that literally had the whole audience up and out of their seats moving their bodies to the beats. The standing section rushed the stage becoming part of the show. Flo Rida kept his show momentum going by heading over to Pier 7 for pandemonium part 2. Flo arrived to find a club packed full of fans. Many attendees from the NRJ tour followed Flo to Pier 7 in order to relive the show he put on at the Beirut New Waterfront.
Flo Rida performed his club bangers, showered the Pier 7 party people with champagne and invited guests to come up onstage. At least 20 girls jumped on stage to “Get Low” with Flo. 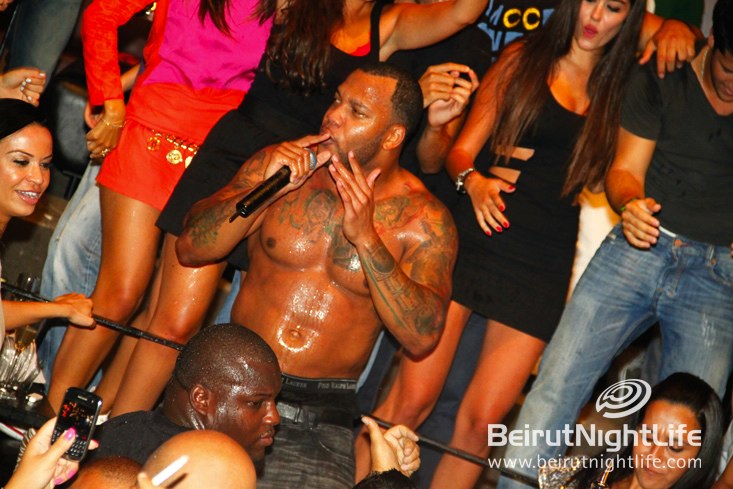