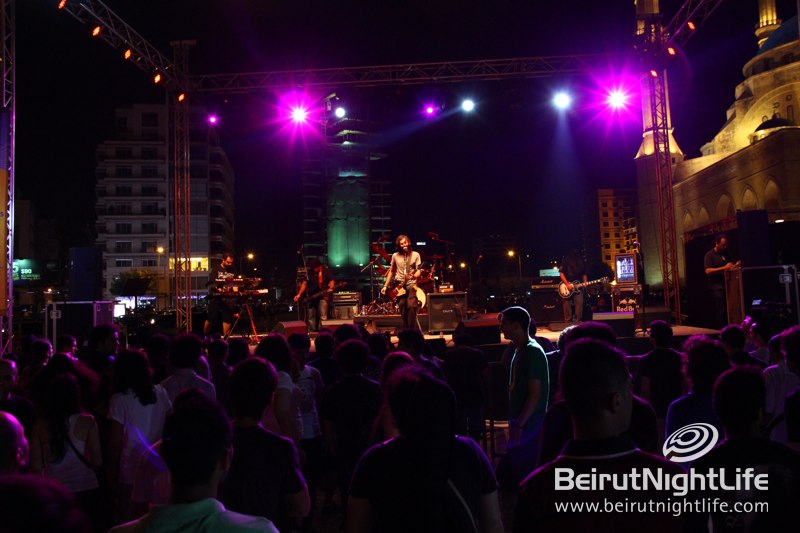 Crowds of people crawled all over Beirut’s center on Friday night for the festivities of Fete De La Musique 2013. In various venues all over the city center, as well as several churches in the area, Beirut was beaming with musical delight. Music lovers spilled into the streets and walked from venue to venue, enjoying the various sounds. From rock music at the Martyr’s Square with artists like Pindoll, Jay Wud and Near Surface, to beautiful voices over at the Roman Baths with the likes of Joy Fayad and Lara Eidi, followed by Brazilian percussions and French songs later in the evening.