After the colossal homecoming in December, the much-anticipated second coming by Fady Ferraye at B018 was beyond anyone’s expectations… 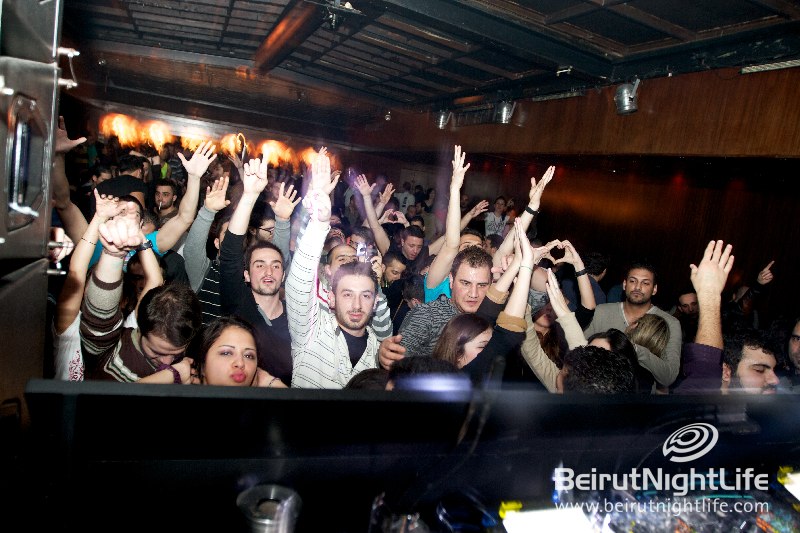 Starting midnight, dozens of clubbers and Fady’s loyal fans poured into the underground club, with the chairs and tables in the atrium of the venue removed to make way for the extra clubbers and a night of nonstop dancing.

Ziad Ghosn set the mood, putting everyone at the right frequency and bpm with a fine selection of tech-house Ziad is well-known for.

At 2:00AM, the man of the night took to the decks, and the journey into the far reaches of unnatural, goosebump-inducing sounds began. The distinct Fady Ferraye sound, which is deep, captivating and extremely fluid with unexpected twists and turns driving whoever’s into a dancing frenzy.

Song after song, climax after climax, the crowd shouted “FADY!” and clapped, waved and cheered the Lebanese-born Amsterdam-based DJ as he meticulously manipulated sound waves allowing the crowd to hear, taste and see the music infused with oriental sounds at times, and trippy vocals at others.

Of course, the ultimate crowd-pleaser of the night was Fady’s “If You Don’t Come To Democracy, Democracy Will Come To You” which was released just in time for the unrest in Egypt and Tunisia. The Arab revolt was also embodied in Fady’s choice of wardrobe, with a cartoon of the Great Sphinx blowing a bubble plastered on his t-shirt.

The crowd’s state could best be described as ecstatic, with some clubbers completely overwhelmed, eyes closed and taking in every beat, kick and snare and others combining frantic dancing, jumping and cheering in an energetic sync with the music.

Fady’s state was identical, and I quote his Facebook status hours after the event:

Fady’s next gig at B018 is already highly-anticipated, with the Second Coming proving to be better and more intense than the first, with the third surely building on the momentum, and adding even more to it…