Erich Bogatzky at the Basement 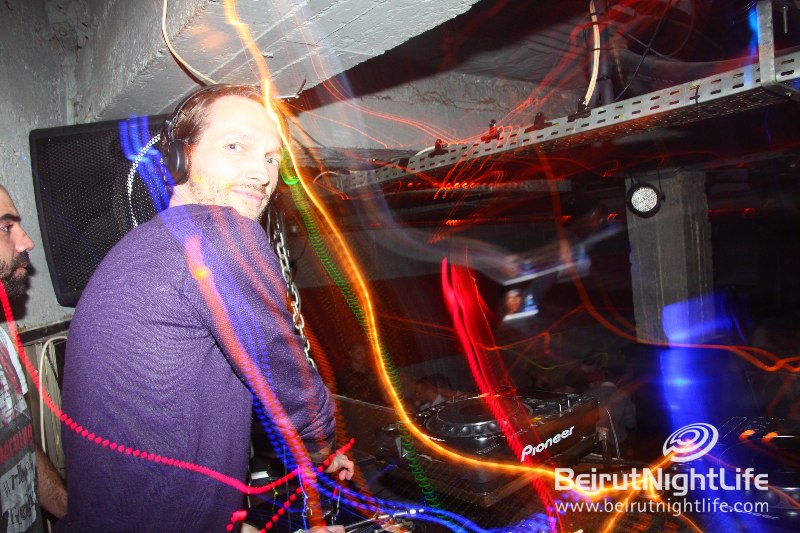 The Basement hosted Erich Bogatzky in another underground clubbing experience for clubbers of Lebanon. From all over the world such as Berlin, Moscow, London, Paris, Milan, Nicosia, Geneva, Lisbon, Krasnodar, Nice, Lausanne, Cologne, Sochi, Liège, the music invasion was in The Basement Beirut.

Waves and waves of clubbers from all over Lebanon cued in lines to live the minimal experience at The Basement, and the DJ made it a night worth waiting for.

After more than ten years of DJing Erich Bogatzky founded the label «minimood» in 2007 with his friends volt.mar and Hubert Vroom, a minimal label featuring artists like Mark Henning, Fusiphorm, Gregorythme, Digitaline, Seuil, Koljah, So Inagawa, Daso, Heib, Ziggy Kinder and others. The label’s debut release “Green Chocolate” by Fusiphorm was a huge success which hit clubbers at peaktime worldwide. Koljah’s “Exploding cake Remix” was charted in the tops of Troy Pierce, Sebo K, Pan-Pot, Dave DK, Italoboyz, Martin Eyerer and many more. The first release turned into a classic and instantly brought several license requests to the label including one from Ivan Smagghe.

Erich Bogatzky was born and raised in Berlin where he became fascinated by electronic music from its early beginnings. Inspired by the city’s uncomparable drive in the 90s and its legendary clubs like Tresor, E-Werk and WMF he started DJing in 1995.