The less-than-ideal weather on Friday night was not enough to keep clubbers from going to Eargasm Management’s, organizers of Eargasm Basement last week, night at the Igloo in Kfardebian.

BeirutNightlife spoke Namir Najm, the man behind it all.

Namir, what is Eargasm?
Eargasm is a management and consultancy company that deals mainly with musical events. It is a brand owned by Star Reliable Services, which handles the logistical needs of events: everything from valets, waiters, and bouncers..

How long has Eargasm been organizing events?
Eargasm is only 2 months old, and Star Reliable is one year older. 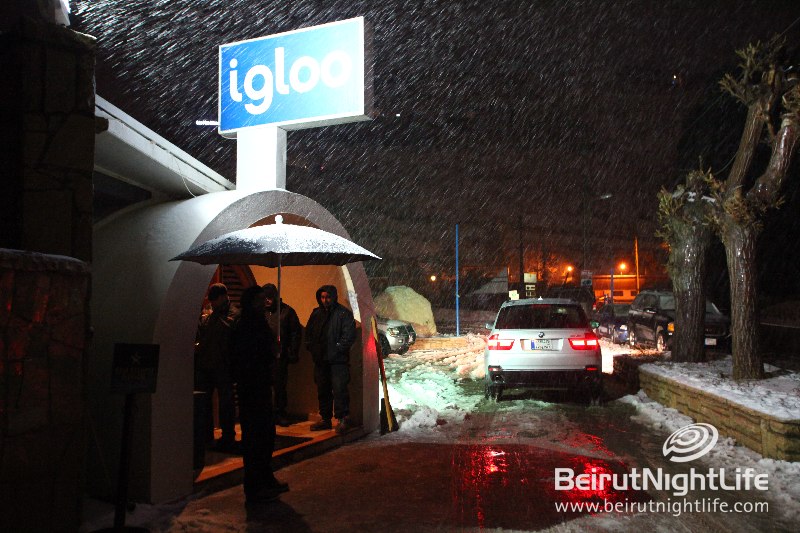 Why do you think Eargasm has enjoyed such great success in a relatively short time?
Well, we know what clubbers really want. We ask around, we see what works best. I’m still in university, so I’m still close to the general clubbing atmosphere. Our events in the Basement, b018, and others have been amazing so far, and we believe Igloo tonight will be a hit as well.

What do you have in store for us in the near future?
Well, I’m keeping when and where a surprise; as for the theme, it’s going to be a 21st Century night. Most of us were not around in the 80s, and we barely remember songs from the 90s. So, this night will be dedicated to the musical era stretching from 2000 till 2010, the songs we grew up to which no DJ dares to showcase these days…

The lineup at Igloo was different than what Eargasm fans were used to, with rudE showcasing his electronic music before LiL’T’s Hip-Hop and RnB set and Laronn wrapping it all up with his house and tech-house beats.

The balance between musical tastes that Eargasm boasts continues to be a crowd-pleaser. At midnight, rudE’s fingers instilled wave after wave of energetic dancing for hours non-stop. The electrified club was then thrust into the urban culture with a set of hip-hop and RnB spun by LiL’T. But that wasn’t the end of the night’s mayhem. Laronn took to the decks again and returned clubbers to their altered states of mind with his underground electronic music.

Igloo was yet another successful edition of Eargasm Management’s series of groundbreaking events. This innovative new concept of clubbing says it has only scratched the surface, and that Beirut’s elite clubbers can expect to be blown away time and time again by its planned events and theme nights in the near future.