Summer is coming to a end yet Pier 7 continued bringing top live acts in to perform up until its last days. Pier 7 welcomed to its stage Russian Hip-Hop/R&B singer and actor Timur Ildarovich Yunusov better known as Timati. He became well known to the Russian community from the music reality show Star Factory 4, but before it he collaborated with Detsl. Member of the group Banda and co-founder of VIP 77. Ex-owned B-Club nightclub, the bar Black October and the stores Ё-Life. On top of all this Timati is the CEO of his own label called “Black Star Inc”. The bad boy completely covered in colorful tattoos brought a fresh new style into Beirut. Picked up the audience with his energetic crowd interaction. His hit single San Tropez was heard throughout summer, needless to say it was fun to hear the music live. 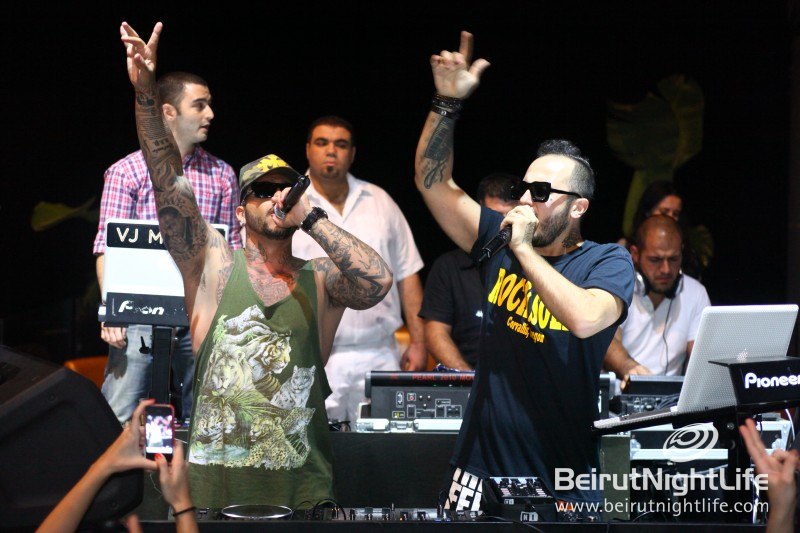