DJ Lethal Skillz celebrated the launch of a new album, which he was a part of, by performing a killer set at DRM. Not only did Lethal Skillz dominate the ones and twos he brought along many friends to perform, really making this event an epic party house of fun. If you haven’t been to DRM, it’s a great venue in Hamra that encompasses two levels. The first floor is a sort of coffee shop/restaurant and the second under level is where the concerts, parties and events take place. DRM was the perfect venue for this event. 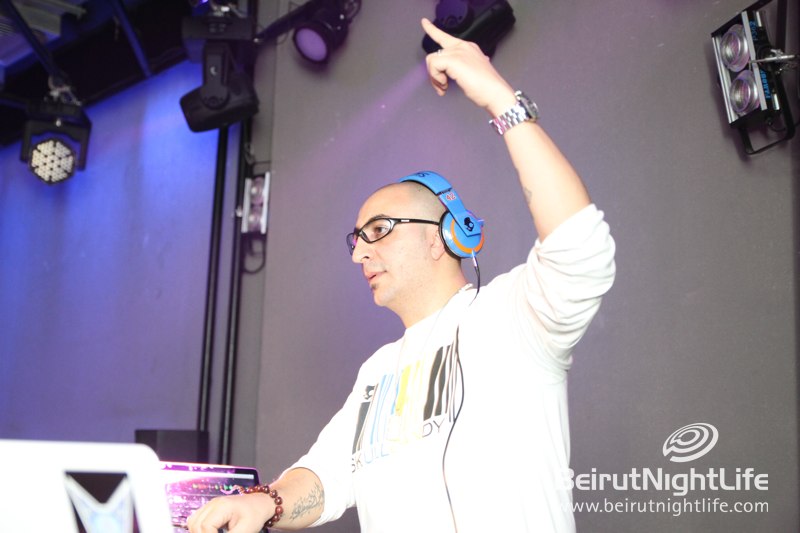 The party started with a short movie. This movie introduced the concept of the album Lethal Skillz and friends were celebrating. The video introduced guests to everyone who took part in the creation of the album and more. DJ Lethal Skillz collaborated with several artist, who he met and recorded tacks with, artists mainly from the Middle East and one artist from California. The purpose of this record was to raise the Hip-Hop and RnB level in the Middle East back up! Artists like DJ Lethal Skillz really bring underground music closer to the public, giving music the recognition it deserves. With commercial music taking over this idea is a truly great one.

The evening included performances by rappers, MC’s, beat boxers, and a live rap show backed by a guitar. A wide variety of Hip-Hop flavors that’s for sure! To top it all off DJ Lethal Skillz was on deck throughout the whole evening, comfortably behind his turntables, supplying tunes backing his fellow performers. Once he fully took over the party guests joined on stage showing of their dance skills to Lethal Skillz.

BNL congratulates DJ Lethal Skillz and friends for a great album that was produced for an equally as great reason.