Deep Purple take The Dubai Jazz Festival to another Dimension

The Legendary English heavy metal band Deep Purple, best known for their iconic song ‘Smoke on the Water” gave The Dubai Jazz Festival 2013 a special twist during their much anticipated show.

The opening act was by Darren Rahn with some mind blasting  saxophone, exquisite jazzy tunes, followed by JLee with her angelic voice &  guitar tunes. 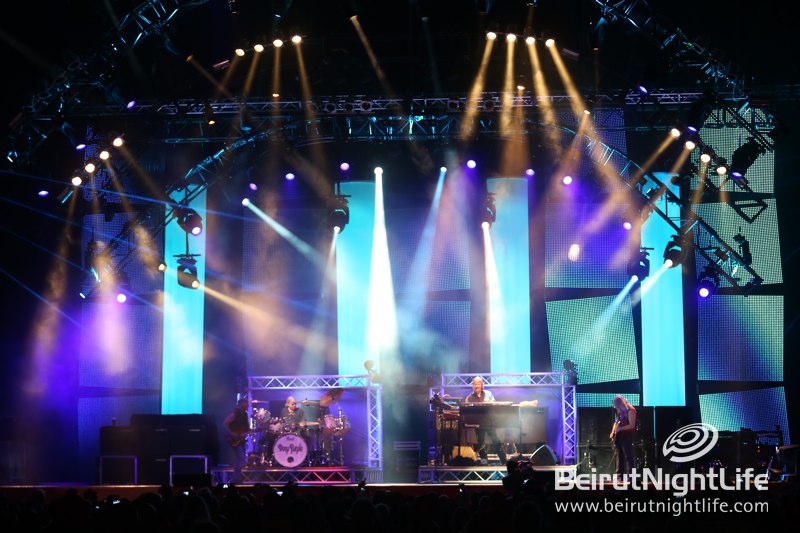 Deep Purple hit the stage and gave Dubai an Epic concert for more than 90 minutes. The amazing performance by Ian Paice the master of all drummers, and

Steve Morse who had many solo inspiring sessions was out of this world, not  to mention Ian Gillan and his dirty voice).

The crowd was interacted, sang along, and they rock’n’rolled when the band performed the very known hit song “Smoke on the Water” . It was yet another hit night from the nights of The Dubai Jazz Festival. Enjoy some exclusive photos from Deep Purple in coordination with PingDubai.com