Dave Seaman at the Basement Beirut 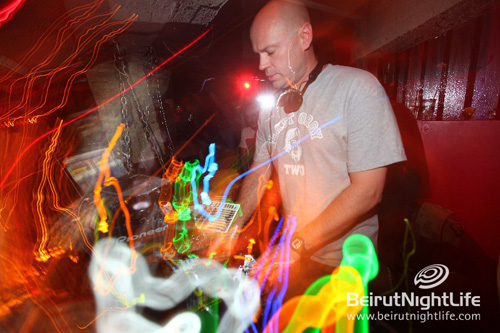 One of the original pioneers of house music held a special night at the Basement. Its safer underground, the Basement, hosted Dave Seaman in one of the greatest clubbing experiences in Beirut. Seaman spinned some of his best tunes including his new launched CD Audio Therapy Digital.

There aren’t many artists who’ve sound tracked the birth of dance music and are still leading its development more than two decades later. There are even less who have gifted both the club and pop scenes with unforgettable musical moments that get talked about in hushed tones years after their creation. Dave Seaman is one of a select few.

Whether it’s one of his spine-tingling Global Underground or Renaissance CDs that’s still burning a hole in your stereo years after its purchase, or the perfect pop of Kylie’s ‘Confide In Me’ that he co wrote, produced and remixed, there’s very few with their heart in electronic music who haven’t had a Dave Seaman ‘moment’.