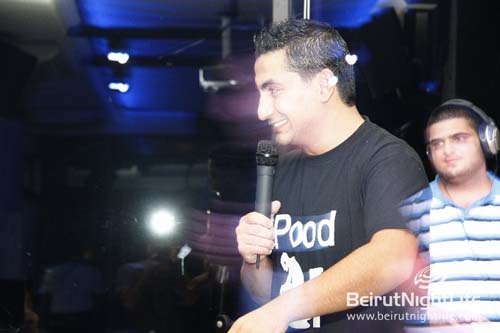 Axis Bar Lounge presented Comedy Show with the two comedy stars of Studio El Fan Tony Keyrouz (Gold Medalist) & Georges Eid (Finalist). Spectators enjoyed the hilarious show which was also attended by the Lebanese comedian Pierre Chamasian who had a a small share of the show. The special guest of the night was the Ghost the gold medalist rapper who won in studio el Fann.