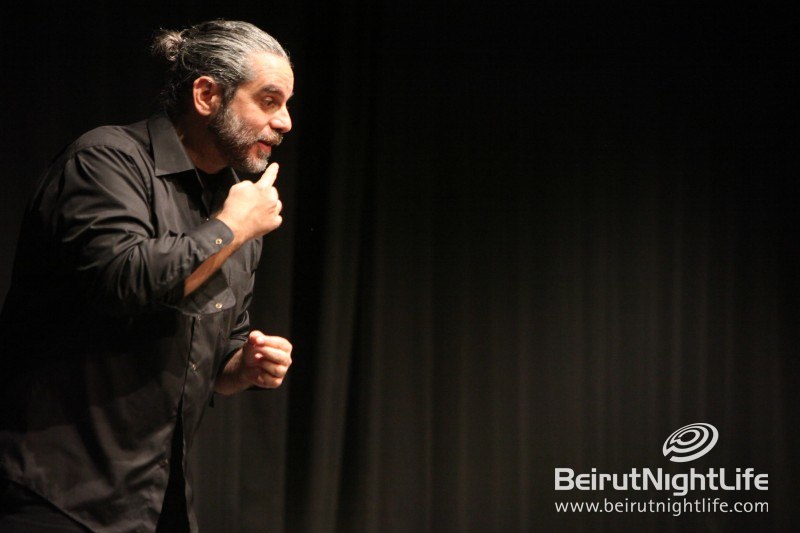 Not a single chair was available at the Monot Theater this past week. A packed house of comedy lovers sat back and relaxed, to enjoy the hilarious One Man Comedy Show put on by funny man Joe Kodeih. The show that lasted a little over an hour was a comedic retrospective on Cinema in Beirut.

Joe Kodeih came up on stage, or shall I say rode up onstage, saying good evening to guests in the audience on his bicycle. I am not surprised, of course Joe Koheih would enter the room in a special way. He went straight into his act, which basically criticized what the film industry has become today. He touched on topics such as moviegoers being so blown up by 3D technology and how shallow people have become. He let out ugly truths that, let’s face it no one else dares to. All and all, Joe put on a laugh out loud comedy show that put smiles on the audience faces.