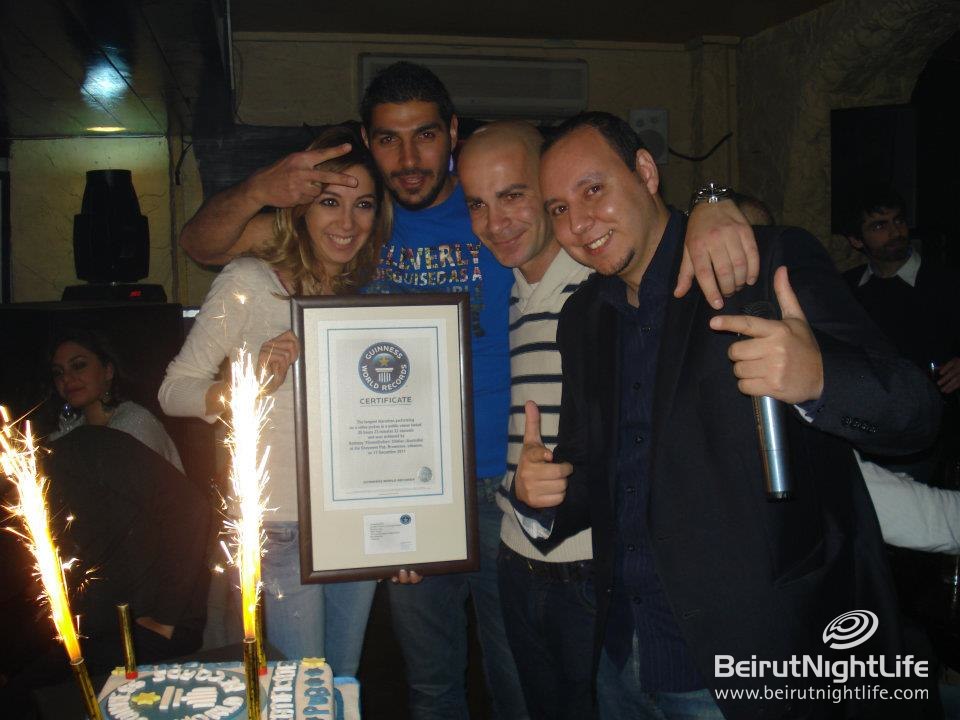 Lebanon keeps pushing it to a new level! Now we can proudly say, for the first time ever in Lebanon, a local pub has competed for and won a title in the Guinness Book of World Records. They set the new standards in the world of entertainment by shifting from what is known as a local pub into was it now recognized as Cheyenne Video Bar, the first of its kind in Lebanon.

BeirutNightLife.com congratulates Cheyenne Pub for this big hit. The pub was proud to inform us that they officially broke the Guinness Book of World Records, on December 17th, 2011, when they became the “Longest Marathon Performing as a Video Jockey in a Public Venue”. And who helped gain this title? The record was set by DJ 2GreenDollars from Australia. What he did was mixed video music (simultaneous audio & video mixing) consecutively 25 hours 23 minutes and 22 seconds.

The Awards ceremony event took place on Friday Feb. 24th, 2012 at Cheyenne Pub and Video Bar in Brummana. BNL once again congrats Cheyenne Pub Brummana for putting a pub in Lebanon on the map…or in the Guinness Book of World Records I should say!