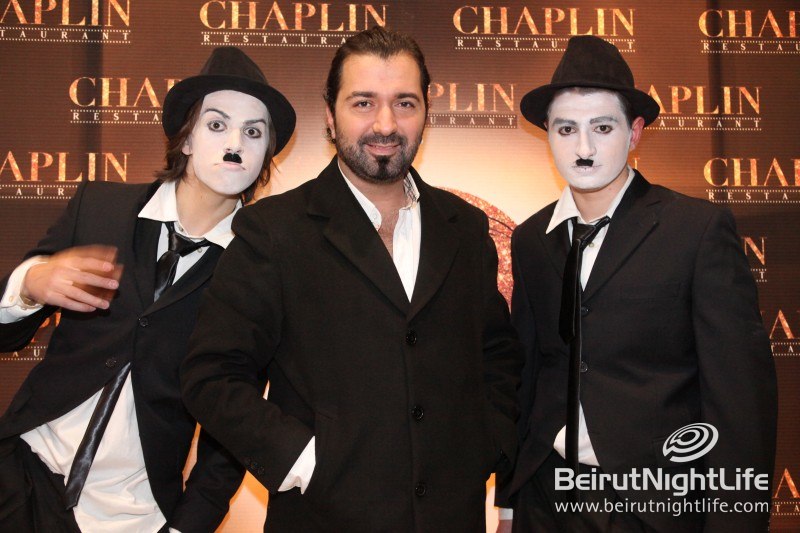 The newest resto/lounge, to join the nightlife venues in Downtown, opened its doors this past week. Chaplin is made for folks who love an elegant feel, and for fans of classic black and white cinema. The lounge is an ode to the film comedic genius himself, Charlie Chaplin. Upon entrance you will step over an enlarged Charlie Chaplin Hollywood star, resembling one you would see at the Walk of Fame on Hollywood Blvd. Hostesses in glamorous gowns and hosts in Charlie Chaplin costumes were present to welcome guests with glasses of complimentary champagne. 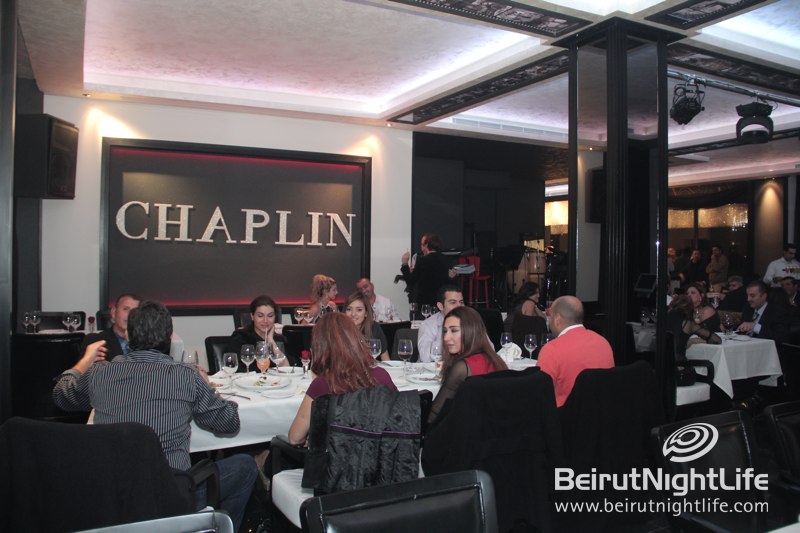 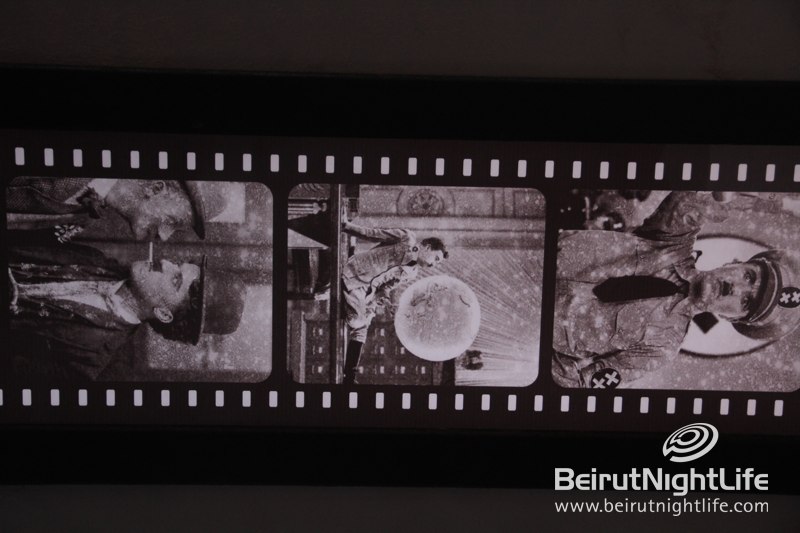 On weekdays you may enjoy delicacies off Chaplin’s full menu of international cuisine and wide selection of wine, champagne and specialty mixed drinks. On weekends, starting Thursday, Chaplin transforms into a lounge/nightclub for guests who prefer to relax late night. A wonderful bonus at Chaplin is the lovely view of Beirut’s Downtown area, from the 12th floor of the Azarieh building, where Chaplin is located. Definitely a place to check out next time you are in the Downtown area!