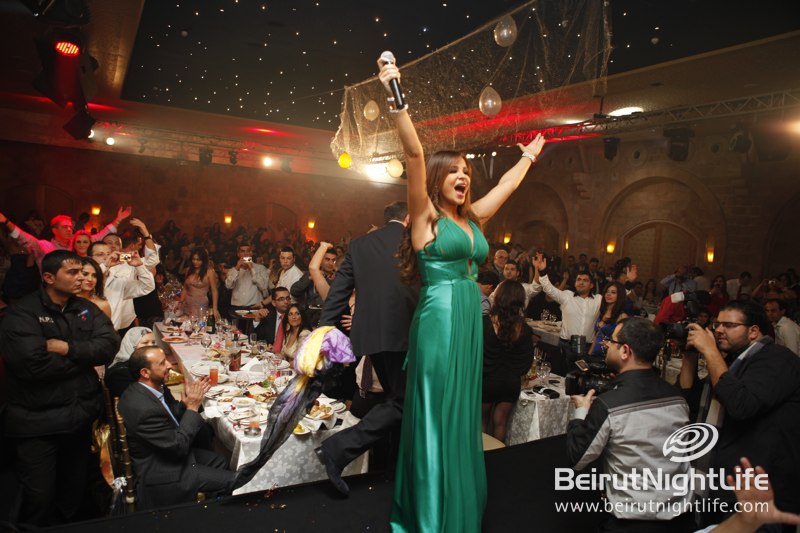 Fans of Arabic music headed over to the popular Eddé Sands in Jbeil to catch big names, Carole Samaha and Ayman Zbib, sing in the New Year. Both soloists are huge names when it comes to Arabic music. Carole Samaha has won MTV Europe Music Awards such as Best Arab Act and Ayam has been focusing on his live act, quickly making him a favorite in the Arab music world. Together they gave guests one unforgettable NYE night, singing everyones favorite Arab hits. No one stayed seated during this event, guests danced into the New Year! A beautiful full course dinner served that was delicious, which guests washed down with plenty of cocktails. At midnight everyone came together to count down to the New Year.