Summer in Lebanon simply cannot be beat. Every year the people of Lebanon and tourists alike are able to enjoy epic events all throughout the season. Each day there is something new and each year seems to be bigger than the last. Last year the Byblos Festival saw huge names in music such as 30 Seconds to Mars, The Scorpions, Moby and more. This year Byblos Festival is doing it again! Check out who is coming to the festival this summer. 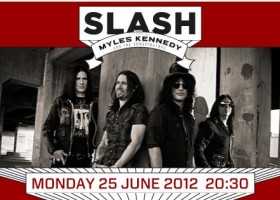 SLASH: The legendary rocker is coming to Lebanon to perform at the Byblos Festival on June 25th.  With his top hat, ferocious riffs and searing solos, Slash is the ultimate guitar hero and one of the most iconic figures of the last 25 years. The greatest living guitar player according to Time Magazine, Slash’s has inspired generations of musicians and now is coming to Byblos with a full band featuring Myles Kennedy on vocals. This rock legend will be performing songs from his latest solo release as well as some the biggest hits of his two previous bands: Velvet Revolver and Guns N’ Roses (“Sweet Child O’ Mine”, “Paradise City”…). Expect an explosive opening night of dazzling virtuosity and feeling. 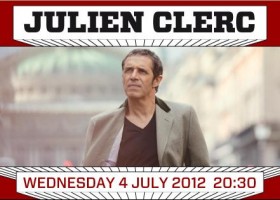 Julien Clerc: Julien Clerc first shot to fame more than 40 years ago and still enjoys huge popularity to this day. This youthful and elegant-looking 60-something will be in Byblos to perform all of his greatest hits (“Ma préférence”, “Femmes, je vous aime”, “Ce n’est rien”…), as well as his latest songs, arranged specifically to be accompanied by members of the Lebanese Philharmonic Orchestra led by Stephan Gaubert. 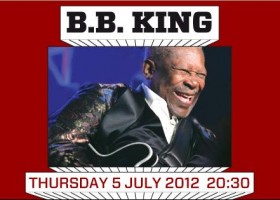 B.B King: For over 6 decades, B.B. King has defined the blues for a worldwide audience. This living legend has released over 60 albums, won 15 Grammy Awards and been inducted into both the Blues Foundation Hall of Fame and the Rock & Roll Hall of Fame. The “King of the Blues” continues to bring his music to audiences around the globe with his beloved guitar, “Lucille”. His concert in Byblos will be a once in a lifetime opportunity to hear his amazing voice and instantly recognizable guitar style. 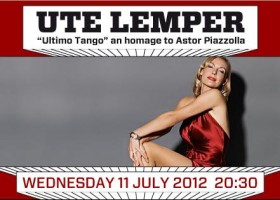 UTE Lemper: Ute Lemper is the quintessential Femme Fatale. Universally praised for her interpretations of cabaret songs, the German diva’s latest show – Ultimo Tango – pays homage to Astor Piazzolla. In this unique collaboration with virtuoso musicians from Buenos Aires, this multi -talented singer embraces the passion of Argentinian culture and makes this vibrant repertoire her own. Her magnetic stage presence will mesmerize her Lebanese audience! 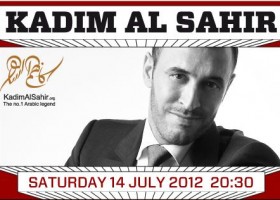 Kadim Al Sahir: Celebrated as “ The Caesar of Arabic Music”, Kadim Al Sahir is one of the most successful singers in the Arab World. Having sold over 100 million albums worldwide, he’s also a talented author and composer in his own right. Live in concert, he holds the audience in the palm of his hand. This sophisticated and elegant crooner will offer his fans an evening of poetry and romance underneath the starry sky. 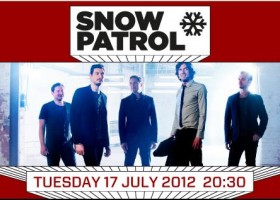 Snow Patrol: Watch out Lebanon, a snowstorm is heading your way this summer! After playing the biggest European festivals, one of the world’s most successful rock bands, Snow Patrol, will be in Byblos on July 17 for a mind-blowing night. They’re behind some of the last decade’s defining singles (“Run”, “Just Say Yes”, “Chasing Cars”…) and have just returned with a new album that includes, so far, 2 of this year’s hottest songs (“Called Out In The Dark”, “In The End”). This concert will be nothing short of epic! 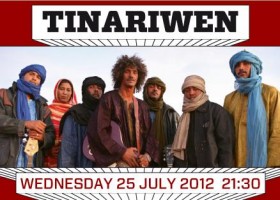 Tinariwen: Winners of the 2012 Best World Music Grammy Award, Tinariwen are a truly spellbinding live act. They’ve built up an international following for their catchy fusion of desert blues with the styles of the Tuareg people of the Sahara. Even if you don’t speak their language, the mysticism and the power of their message will translate through their hypnotic beats and grooves: you’ll be dancing the night away.

BeirutNightLife.com will be present at all of these amazing concerts, come join us!

Newer Post Celebrity Nose Jobs: Before and After
Older PostIndigo on the Roof at Hotel Le Gray: Dine in Luxury