Boogie Down for Disco House 54 at Whisky Mist

Whisky Mist has introduced a novel themed night called Disco House 54. Large 54 were plastered on the walls indicating that the mist had been transformed into a 70’s disco haven. The entire venue was decked out in brightly colored streamers that hung down from the ceiling. Additional colors were added to the lighting system, offering multi-colored strobes. In addition a large stage replaced the center lounge table, making room for performers. 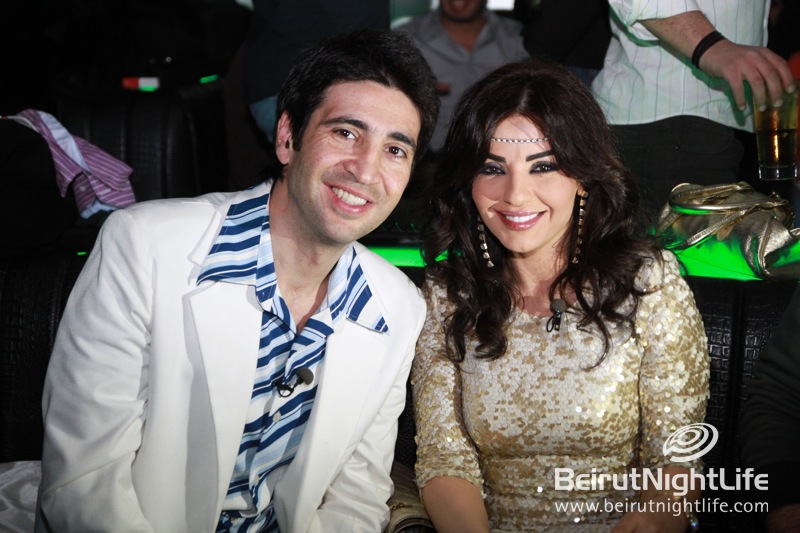 Speaking of performers, the night was full of them! A groovy band called “Pattes d’éléphant” played oldies hits from the disco days, such as ABBA and more. Soon after, DJs Pierre and Elie took over spinning the best disco tunes to keep the theme alive…or “staying alive” if you will. Whisky Mist Dancers boogied along side fellow dancer Diane, who sang her beautiful rendition of Every Breath You Take by The Police.

Surprise guest Wissam Sabbagh showed up, along with his TV crew, to film for his hit TV show along with his guest Raghida Chalhoub. They mingled with Whisky Mist visitors and of coursed snapped a few photos with BeirutNightLife.com.