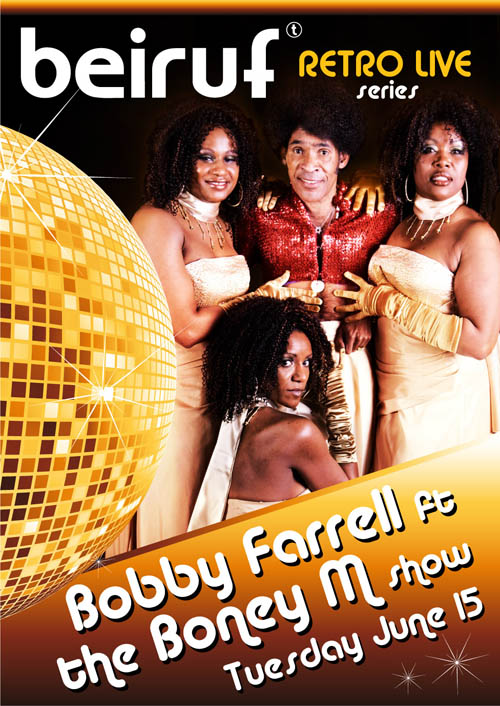 One of the most popular disco group to have ever existed, formed in 1975 and achieved popularity during the disco era of the late 1970s, will be at your favorite rooftop location in Beirut, BEIRUF this June 15th, 2010. Lets get ready to “Daddy Cool”, on the “Rivers of Babylon”, with “Jambo- Hakuna Matata”. This Tuesday June 15th, 2010, lets disco at BEIRUF, Beirut.