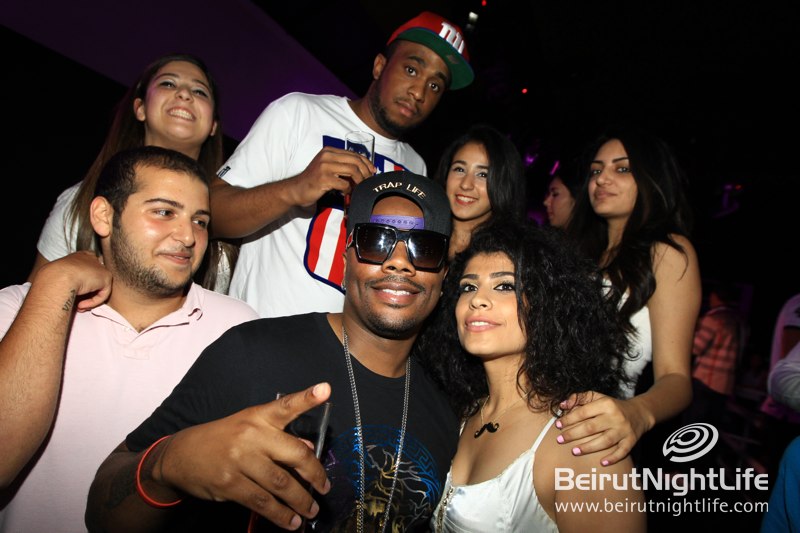 Another phenomenal Too Muckin Fuch night at Beirut’s hottest rooftop club BLVD 44. This time Ron Browz was at the superclub to perform live for an ecstatic crowd of RnB and Hip Hop music lovers. The voice behind many RnB hits, he is especially well known for his vocals on Busta Rhymes’ “Arab Money”. The Friday night was wild at BLVD 44 and the full house was bouncing and dancing to the great hip hop tunes that he performed. Resident DJ Jack Sleiman aka The Godfather was spinning on the decks and the party goers had a blast dancing, drinking and having too mucking fuch of a good time!