A Blend of Rock, Blues and Latin Music at DRM with Gilbert Simon 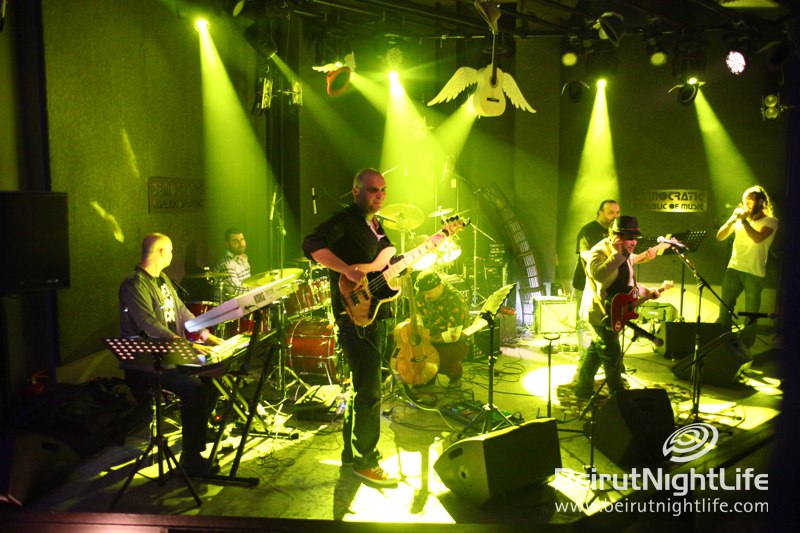 Gilbert Simon put on a fabulous show at DRM. Although it did take quite some time to start, the show itself was well worth the wait. Gilbert Simon hails from Beirut & Marseilles and has been in the music biz for over 10 years now. Gilbert, although plays the guitar, piano, harmonica, drums and composes music himself, brought along with him a full band of talented performers. On March 10th Gilbert and band gave fans a Classic Rock slash Blues style performance with a Latin Twist.

This definitely isn’t Gilbert’s first time performing in Beirut but anyone who has seen his show would most definitely come back for seconds. Now of course, many know Gilbert from the popular TV show “Star Academy 8”, here in Lebanon, but aside from being recognized from the show I feel we all should recognize Gilbert for his raw musical talent. Gilbert is Now working on releasing this event as his First LIVE In Concert Album on CD & DVD, with a full ROCKumentary Feature Film about his upcoming First Official Regional Tour In Beirut, Jordan, Dubai, Cyprus, Cairo & many other countries.

The concert at DRM was indeed a blast! It was a packed house, which added an upbeat feel and the sound quality was superb. BeirutNightLife.com had a wonderful time snapping these photos during the event…