Beiruf in the Mix, at the trendiest Roof Bars in Lebanon for Beiruf. The place known under the slogan ‘TURNING BEIRUT CLUBBING SCENE UPSIDE DOWN!! hosted for the first time the welcome back party for USJ- Huvelin in style. 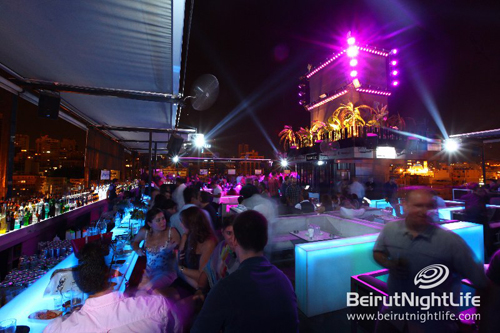 Rooftops trend has taken Beirut’s summer clubbing scene by storm. Along the huge success of existing rooftops, Beiruf decided to ride the wave by taking over a Roof Bar located in the heart of Downtown Beirut.

Beiruf Concept is characterized by a loungy atmosphere for Beirut’s clubbing elite. With a distinctive selection of musical themes, from fusion to dance, we’re definitely turning Beirut clubbing scene UPSIDE DOWN!!!